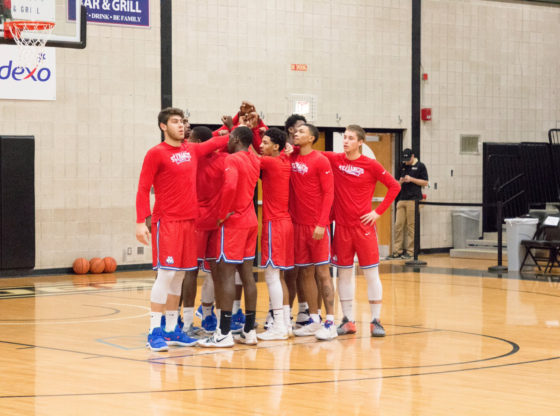 Jalen Jordan and Glenn Sanabria both scored 14 points for the night, but it wasn’t enough to pull the Terriers into their first conference win.

The Terriers looked inefficient from the outside, as the team went 7-21 from beyond the arc.

The Bulldogs’ leading scorer in Sebastian Towns had a field day against the Terriers under the rim. The 6-5 forward scored 28 points overall, going 7-14 from the field. The Terriers sent Towns to the line 16 times, with Towns converting 13 of his free throws. Byron Hawkins scored 13 points for the Bulldogs.

The Terriers got into some foul trouble very early into the game. The team combined for 24 personal fouls and they saw their starting center in Deniz Celen, who scored 10 points with 7 rebounds, foul out in the second half.

The Terriers would trail early into the game but would heat up near the end of the first half following Glenn Sanabria’s buzzer beating three pointer into halftime, cutting the Terriers’ deficit to 3 with a 64-67 score going into the half.

Momentum would kick up for the Terriers early in the second half, as they saw their first lead of the night night, edging the Bulldogs by one with 74-73 score. Though the Terriers would be unable to hang on in the closing 3 minutes of the game as the Bulldogs pulled away,

A loss to the Bulldogs now ranks the Terriers at number 6 in the NEC, as the team looks to bounce back on the road against the Wagner University Seahawks on Saturday night at Spiro Sports Center on Saturday night.