TERRIERS LOOK TO CLOSE OUT 2015 WITH HOME VICTORY OVER ALBANY 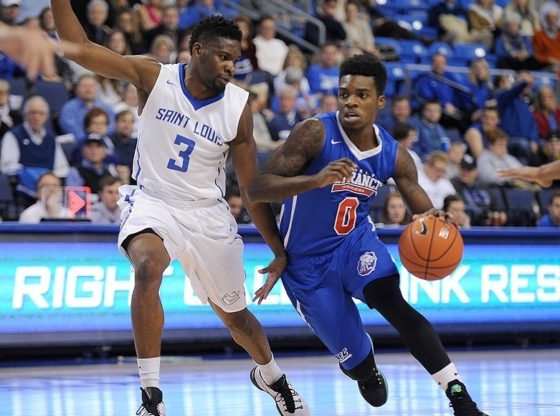 The men’s basketball squad of St. Francis-Brooklyn is back at home to take on the Albany Great Danes in what will be each team’s final game of 2015.

The two New York state adversaries have had two different types of starts to their respective 2015-16 seasons, but both units are looking to enter 2016 with a victory.

The Terriers have gotten off to a tough (4-8) start, but it should be noted that the team’s been on the road for all but three games, and they’re looking to capture their third home win leading into Northeast Conference action in January.

The Great Danes have been superb thus far, putting together a (9-4) record, including a perfect (6-0) on their home floor. The Great Danes’ best basketball has come as of late where the team has gone won seven of their last eight games, including a one-point victory over the New Jersey Institute of Technology Highlanders, who has recently defeated the Terriers in a tight overtime showdown.

The Terriers, who’ve been competitive in most of their games thus far, will look to tighten up defensively as they’ve allowed opponents to score just north of 70 points per game this season. The Great Danes will try to make it a tough outing for the Terriers defense, and can do so if their offense continues excel as they average 73.3 points per game as a team.

On the defensive side of the ball the Great Danes have been effective, only allowing 64.3 points per game, which is something the Terriers will attempt disrupt. The Great Danes points allowed on defense is line with the Terriers scoring average of 63.5, but the Terriers have averaged a sparkling high 81 points in their three home outings.

Starting senior guard Tyreek Jewell has really stepped up his play for the Terriers as of late, and with NEC games right around the corner, the timing could not be better.

Jewell is currently averaging 15.6 points in his last seven games; a stretch which includes double-digit scoring outputs in six of those games, and this also includes two 20-point scoring outbursts.

Another Terrier that has come on in recent games has been senior forward Chris Hooper. Hooper has averaged 11.3 points per game in his last eight showings, and has averaged 5.6 rebounds over that same stretch.

Hooper has recorded five double-digit scoring outbursts in eight of these games, which includes double-digit points in three of his last four. Additionally, he currently leads the Terriers in field goal percentage, posting an extremely efficient 62.3% from the floor.

Senior guards Evan Singletary and Peter Hooley have led the Great Danes in their 2015-16 campaign thus far as the backcourt has been really effective throughout non-conference play.

Tip-off for the Terriers and Great Danes is set for 7 p.m. at The Pope in Brooklyn Heights on Tuesday, December 29.