Terriers knocked out first round of playoffs by Robert Morris

Home /News, Sports/Terriers knocked out first round of playoffs by Robert Morris 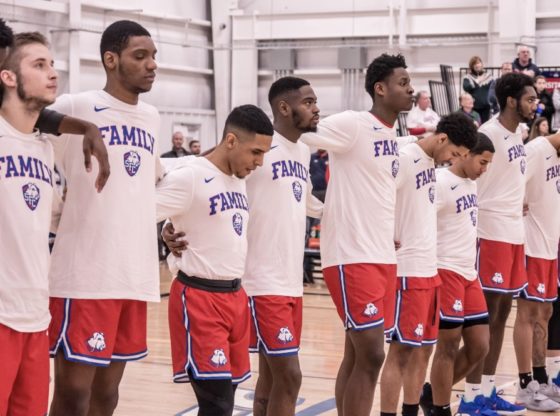 It’ll be a long ride back to Brooklyn Heights for the St. Francis Terriers men’s basketball team as they suffered a devastating loss to the Robert Morris Colonials in a final score of 69-65 in OT. This loss eliminated the Terriers from the NEC playoffs.

After leading the Colonials by 15 points at the half, the Terriers were found digging themselves out of a whole due to their lack of effort, care, and maturity in the second half. That caused the Colonials to make a comeback and a victory in overtime.

Leading scorers in Matty McConnell and Josh Williams both put up 21 points for the Colonials, as they now advance to the Semifinals to face Fairleigh Dickinson on Saturday.

Jalen Jordan, one of the teams leading 3 point scorers, would only go 1-2 from the arc in scoring just 9 points.

Another scorer for a Terriers team that went missing tonight was in Chauncey Hawkins. The sixth man only scored 8 points on 3-12 shooting from the field.

With this win for Robert Morris University, they will advance to the second round of the playoffs where they will face Fairleigh Dickinson University on Saturday March 9th, 2019.