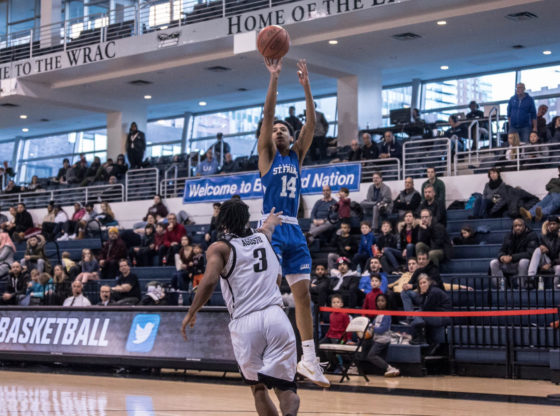 Deniz Celen scored 18 points and Jalen Jordan scored 20 points with four 3’s to help the St. Francis Terriers to a 79-70 victory over the LIU Blackbirds on Monday at Steinberg Wellness Center.

Nevertheless, things would start to alter in this game as the Blackbirds (9-9, 3-3 NEC) charged out to a 13-2 run in the opening minutes of the 2nd half, bringing them within a 6 point deficit for a 52-46 score.

Raiquan Clark was unstoppable for the Blackbirds in finding a way to drive to the basket continuously. The guard would earn a double-double with 29 points to go along with 14 rebounds.

Glenn Sanabria would score 15 points for the Terriers, but would go 3-12 from the field. Rozel Hurley would finish with 8 points.

The win now marks a three game win streak for the Terriers to move up at number 2 in the NEC standings.

Up Next: The Terriers will look to extend their win streak to 4 as they travel on the road to face Farleigh Dickinson on January 24th.