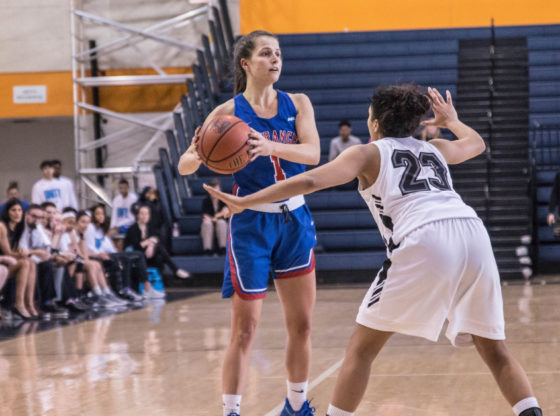 The Terriers were able to get a five point lead against the FDU Knights in the opening quarter as the quarter finished with a score of 22-17. 8 out of their 22 points in the first quarter came from free throws as they shot 100% from behind the line.

Both teams struggled in the second quarter as FDU shot 2-17 (12%) from the field as St. Francis only made 5 shots out of 19 (26%) in that quarter. The Knights of FDU did not get their first field goal in that quarter until Freshman Makayla Thompson scored at the 3:33 mark.

Ally Lassen of the Terriers made a layup, assisted by Amy O’Niell, to extend their lead to 14 points to end the half.

St. Francis continued to show their offensive outburst in the second half as they were able to defeat the FDU Knights by 11 points.

Four players for St. Francis finished with double digit points led by Senior Amy O’Niell who finished with 14 points, 12 rebounds, and 6 assists (third double-double this season). Junior Jade Johnson ended with 13 points and 3 rebound while Senior Maria Palarino had 12 points in the game (4 points away from reaching 1,000 career points).

As for the FDU Knights, they were led by Junior forward Lauren Francillon who finished with a double-double herself with 18 points and 10 rebounds. Along with those stats, Francillon had 4 blocks in the game.

The St. Francis Women’s team will continue their winning streak as they will play their third straight game on the road against Mount St. Mary’s this Monday, January 28th, at 7pm.