Terriers fell to the Bulldogs 60-73 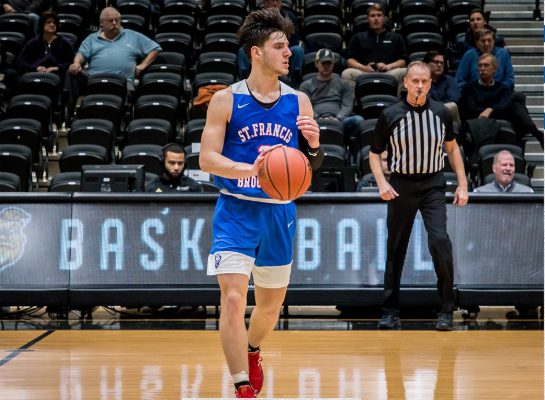 In the second half, the Bulldogs immediately took a double-digit lead on a 16-2 run, 32-46. On a 7-0 run, the Terriers cut the lead to seven, 39-46. At 8:21 the Terriers lost junior guard Chauncey Hawkins as he recorded his fifth personal foul resulting in him being fouled out. Continuing with their game of basketball, the Bulldogs extended their lead as they took the contest 60-73.

Senior forward Juan Cardenas led his team with 18 points in 26 points. He also finished with seven rebounds, one assist, scored two perfect three-pointers, and landed six of seven shots at the free-throw line.

Sophomore forward Patrick Harding finished with a double-double in 23 minutes. He recorded 14 points, 15 rebounds, three assists, and one steal.

Senior guard Adam Grant finished with six points in 32 minutes. He grabbed seven rebounds, one assist, and scored two of three shots at the free-throw line.

Senior center Christian Rohlehr finished with five points in 24 minutes. He grabbed six rebounds, assisted in one basket, recorded one block, and scored one of three shots at the free-throw line.

The Terriers will be back in action on Saturday, February 8, as they host the Mount St. Mary’s (MD) Mountaineers at the Pope Physical Education Center, Brooklyn Heights, NY. Game tips off at 4 p.m.