Terriers Fall to Number One Team in NEC Conference 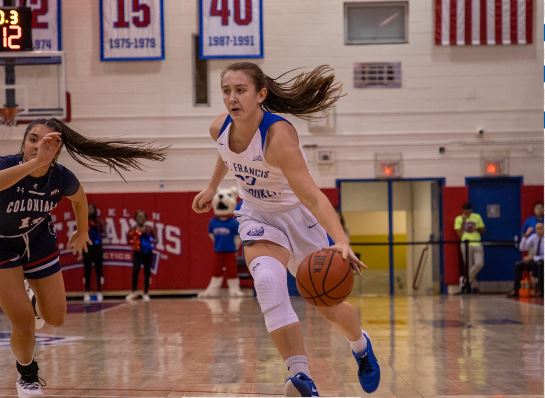 Monday evening inside the Pope Physical Education Center, the St. Francis Brooklyn Women’s Basketball Team (5-14, 1-7) fell to the Robert Morris Colonials (13-6, 8-0) by a score of 59-70. The Colonials currently holds first place in the NEC Conference while the Terriers are 10th in the Conference.

The contest began with both the Terriers and Colonials going head to head. However, with two seconds on the clock, Nina Augustin with a three-point would take the first half for the Colonials, 19-21.

The Terriers will be back in action on Saturday, February 1, at the Pope Physical Education Center, Brooklyn Heights, NY, as they host the Sacred Heart Pioneers. Game tips off at 1 p.m.