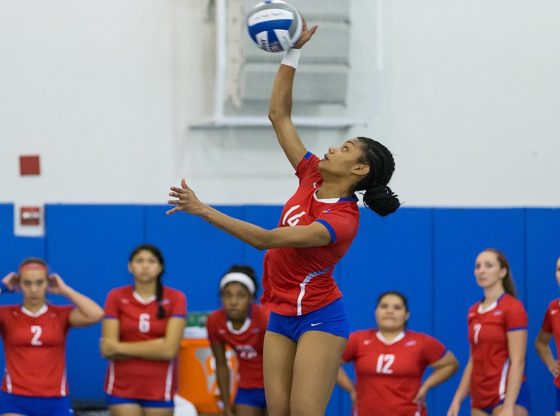 The St. Francis Brooklyn Terriers women’s volleyball team fought hard Saturday afternoon as they were defeated by the LIU Brooklyn Blackbirds, breaking an 11-match shutout streak that began with the rival in 2010.

The women fought strong, but could not compete with the unstoppable Alex Larson and Alexandra Lilliquist from LIU.

The Terriers were more successful than their rival before today’s match. Despite the loss, they proved that their team has improved by breaking the shutout streak against the Blackbirds that had been going on for six years.

The Terriers will have another chance to face the Blackbirds on October 29.

Next up for the Terriers is their October 8 match against the (7-11) Robert Morris Colonials on the road. The two teams will battle in Moon Township, PA at 7 pm.