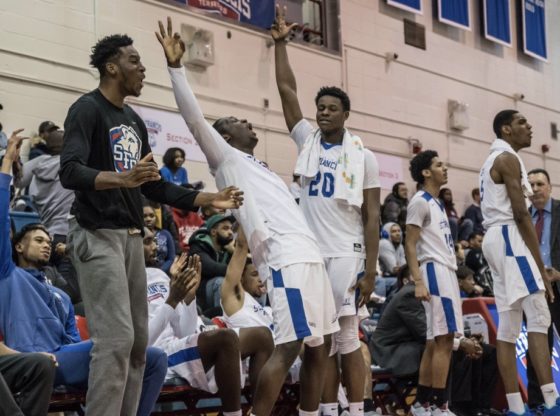 The Terriers came out with a 74-66 victory in their second to last home game of the season against the Bryant Bulldogs at the Pope Athletic Complex.

Jalen Jordan scored 14 points, Glenn Sanabria chipped in with 14 points, and Deniz Celen had 11 points to give the Terriers their 17th win of the season and 11th victory at home.

Adam Grant had a monster game for the Bryant Bulldogs (10-18, NEC 7-10) that was spoiled by the Terriers’ win. The guard would heat up in the second half and score 31 points overall in being the teams leading scorer. Alongside was Juan Cardenas, who would contribute with 11 points and 4 blocks.

The Terriers now stand at number 5 in the NEC, as they look to finish their season finale with a win over Mount St. Mary’s.