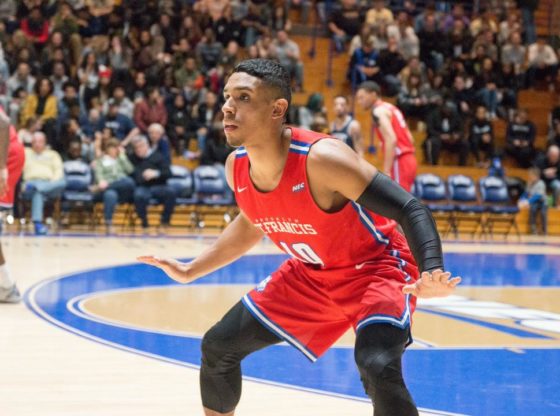 The Terriers are now in 4th place in the NEC standings and will hope to continue their streak with three straight home games ahead.

With only 28 seconds left in yesterdays game, point guard Glenn Sanabria was able to capture the victory for St. Francis as he hit a three-point shot to give the team a 47-44 lead. That 3-point play was followed by four free throws to seal the deal.

This was a much-needed win for St. Francis as they just came off of a two-game losing streak on the road this past weekend.

In a low scoring game, St. Francis struggled to get going in the first half as they trailed the visitors. Truth be told, it was a victory they had to fight very hard to secure.