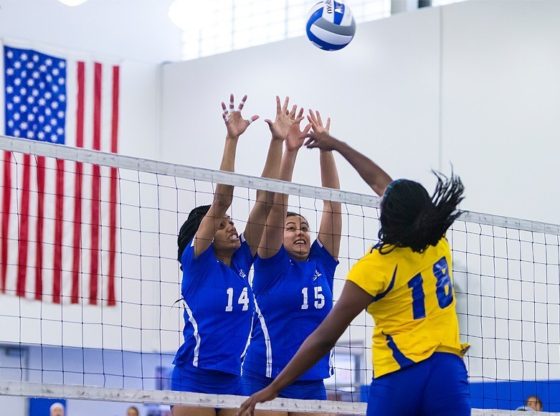 The St. Francis Brooklyn Terriers women’s volleyball team was defeated in both matches of Saturday’s doubleheader in Radford, Virginia.

The Terriers fell 3-2 to the University of Maryland Baltimore County Retrievers and 3-0 to the Radford University Highlanders.

The Terriers launched their 2016 season with a doubleheader one day earlier, which consisted of a 3-2 loss to the Siena College Saints and 3-0 victory against the Norfolk State University Spartans.

The Retrievers also shut out the Spartans in three sets during their season-opening match Friday.

The Terriers will seek their next win when they travel to Lawrenceville, NJ Wednesday to face the Rider University Broncs at 7 pm.