Terriers defeated by the Bulldogs 59-78 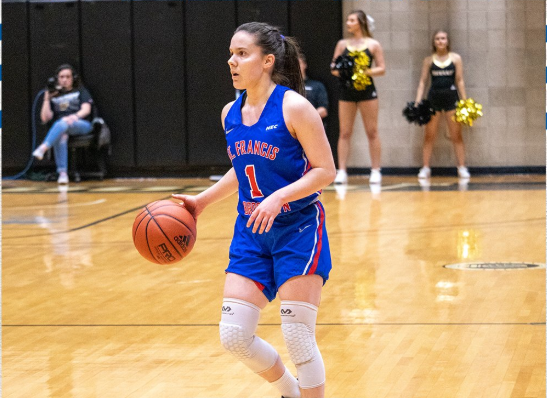 Currently, the Terriers lie nearly at the bottom of the NEC as they are in 10th place. They must better their standing within their six remaining games to make the NEC Tournament playoffs.

With a jumper from freshman forward Jenna Jordan, the Terriers would cut the lead to one with 6:44 on the clock in the second quarter. Within the next two minutes, the Terriers would tie the contest at 25-25 off a three-pointer from Nevena Dimitrijevic. Both teams would go head-to-head until the end. However, the Bulldogs get the last lead in the head-to-head game, 33-36.

Senior guard/forward Sydney Holloway led with a double-double in 34 minutes. She recorded 22 points, grabbed 14 rebounds, assisted in one basket, recorded two blocks and one steal, and landed four of six shots at the free-throw line.

Freshman guard Nicole Gallagher finished with 15 points in 37 minutes. She also finished with four rebounds, two assists, scored four of five attempted three-pointers and landed one of two shots at the free-throw line.

Freshman guard Nevena Dimitrijevic led her team with a career-high of 31 points in 36 minutes. She recorded 15 points within the first half and later recorded 16 points in the second half. Dimitrijevic grabbed three rebounds, assisted in five baskets, recorded three steals, scored two of nine attempted three-pointers, and landed one of two shots at the free-throw line.

Freshman forward Jenna Jordan finished with 11 points in 21 minutes. She grabbed three rebounds, recorded one steal, and landed five of six shots at the free-throw line.

Junior forward Abby Anderson tallied seven points in 27 minutes. She grabbed six rebounds, assisted in one basket, recorded one steal, and landed three of four shots at the free-throw line.

The Terriers will be back in action on Saturday, February 10, at the Steinberg Wellness Center, Brooklyn, New York, as they take on the LIU Sharks. Game tips off at 2 p.m.