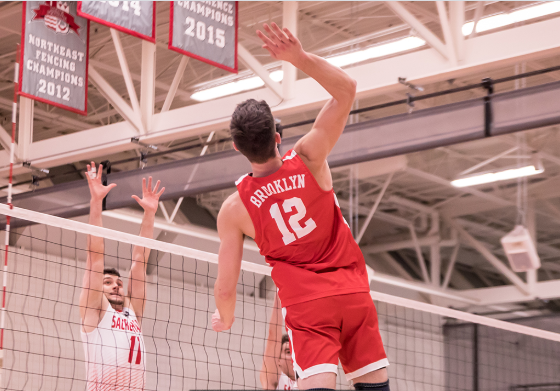 Redshirt senior outside hitter Michael Fisher led his team with a high of 18 points. He also finished with 15 kills, two aces, two blocks, and two digs.

Freshman outside hitter Blake Liprando finished with sevens points. He tallied six kills, one ace, and one dig.

Freshman libero Dominick Pikura finished led his team with a high of 12.5 points. He also finished with 11 kills, one ace, one block, and three digs.

The Terriers will be back in action on Wednesday, February 8, as they take on St. Joseph’s College- LI in Patchogue, New York. The game starts at 7 p.m.

﻿Men on a Mission Defeated the Men from the Mount 70-67
Soccer in Europe, memorable comebacks and undisputed victories