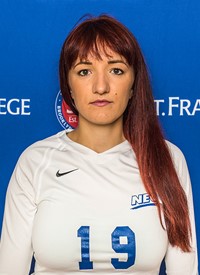 The Terriers have fallen to (3-6) and the Bulldogs remain undefeated at (4-0).

The Terriers struggled to put points on the board this afternoon. Junior middle hitter Aleksandra Gligoric played the strongest for the Terriers, hitting 9.7 percent en route to 8.5 points, eight kills and five digs.

Gligoric has been thriving ever since she led the Terriers to two victories on September 2 and 3.

The Terriers will remain in Storrs, CT to face the Loyola University Maryland Greyhounds at 5 pm.