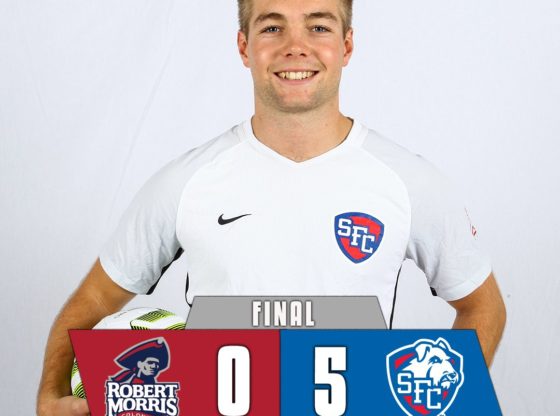 This was the second victory in a row for the Terriers, who demonstrated a strong personality.

After a rough start of the season they have been able to rise up.

Terriers now hold the fourth place in the Conference, which means they are one step closer to playoffs.

With only three matches remaining in the regular season, every single game is crucial in order to achieve this significant goal.

Terriers took the lead with a header from the captain of the team, senior Kieran Young, after a corner kick from Raul Naranjo.

30 minutes into the game, the Terriers again found the back of the net with Nicolas Molina, assisted by El Mahdi Youssoufi.

In the second half, the result was sealed with goals from Rahmi Shawki, Edoardo Belfanti and Vicente Gallardo.

The Terriers ended up attempting 27 shots on goal.

St. Francis College men’s soccer team is back in action on Saturday, October 26, at Teaneck, NJ, to face Fairleigh Dickinson.

Movie Masterpiece: In Defense of Once Upon a Time in Hollywood
Victory for Women’s Volleyball SFC vs SPU: 3-1