Terrier MUA in the making

Home /News/Terrier MUA in the making 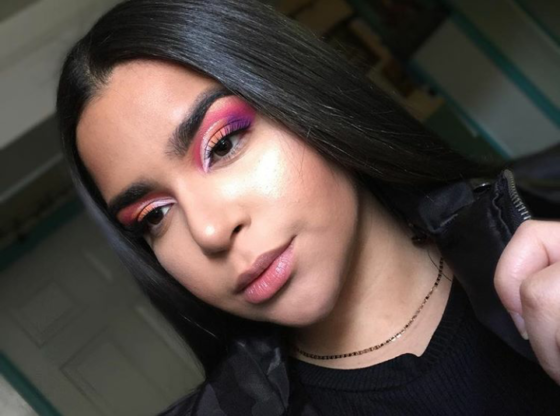 SFC freshman, Joely Tavarez is in the midst of figuring out what she wants to pursue as a career – nursing or makeup.

Joely has always had a passion for makeup ever since she was young. “My friends and I would stay in my house when I lived in Dominican Republic. We would be bored and then one day we watched YouTube videos on makeup and we loved it.”

“From then on I would take my mom’s work makeup to practice and she would get mad at me for using it for 10 min then taking it off.”

After living in the Dominican Republic, Joely and her mom moved to the Bronx the summer of 2015, just before her junior year of high school. “I just kept practicing look after look with makeup I got from the dollar store. It was so cheap and I could practice all I wanted.”

Once she started school and continued watching famous YouTuber James Charles create makeup looks and less famous makeup artists design interesting looks, Joely’s friends and family encouraged her to do their makeup on occasion. They even told her that she should start a YouTube of her own.

“I did my grandma’s makeup one time. She had never worn makeup before and after I put it on her she didn’t want to stop taking pictures of herself. She loved it.”

Before doing her grandmothers makeup, Joely got paid to do her friends makeup up for prom.

“I went to her house one time and told her I would teach her how to do makeup because she wanted to get better. Before doing her makeup I’d never done anyone else’s makeup, so I told her the first time would be free, because I didn’t know if it would look good or not. She really liked it and it looked good so I did her makeup before she would go out sometimes and I even did her makeup for prom later that year.”

Joely likes to work with brands such as e.l.f. cosmetics or Morphe, because of their high quality products at reasonable prices. “You don’t need super expensive makeup to do a nice look. You just need to practice and practice then you’ll get better.”

Joely had been practicing and photographing her makeup for years, even before she started an Instagram and Youtube showcasing her work.

“I got such a good reaction on Instagram from a whole bunch of people I knew and didn’t know. One of my favorite makeup brands, NYX even liked a few of my Instagram posts, and I was like OMG!”

Right now, Joely has been enjoying creating new looks and content for her social media and encourages people to not give up on their dreams.