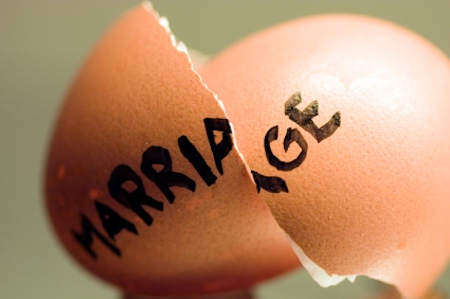 If the couple is still happy after two years of marriage they can renew their license; if they are unhappy then it’s over. This is said to relieve the stress and time of a nasty divorce. The contract simply ends.

However, if the couple decides to end their marriage prior to two years, they have to go through a regular divorce. The purpose of this proposal is to reduce divorce rates.

According to Fox News, “Mexico’s Roman Catholic Church has labeled the proposal ‘absurd.’” Father Hugo Valdemar of the Mexico City Archdiocese said “It’s an ‘irresponsible and immoral’ move by legislators who are ‘destroying the family and values’ to appear fashionable.”

SFC students seem to have different views on this controversial issue.

SFC Senior, Olukemi “Kemi” Ojo said: “I’m for and against that. If that came to America, everyone would just get married and we already have the issue of marriage not being taken seriously so it would probably exacerbate the problem. On the other hand children wouldn’t have to go through a nasty divorce because with divorce children have to face the future of a life in therapy and emotional issues.”

SFC Junior, James Foo said: “Why not? It would be better than nasty divorces.”

SFC Junior, Zara Mahmud said: “I think the whole idea of marriage is misconstrued in this age and era. People are often too afraid of committing to marriage but have no problem dating someone for 30+ years… I personally do not like the two-year marriage license idea at all. People shouldn’t go into a marriage expecting it to end. Marriage is about being with someone and going through life’s troubles together. Whatever happened to being married to one person, the love of your life, for the rest of your life?”

SFC Junior, Jonathan D’Onofrio said: “I believe that all this new approach does is decrease the seriousness of a marriage commitment. When you get married in the Roman Catholic Church you make a vow to love your spouse for better, for worse, for richer, for poorer, in sickness and in health, until death do us part. I believe marriage is simply something that should not be limited to a 2 year contract with an option to [renew] every couple years; it mocks the whole point of a unity between two people.”

SFC Senior, Marty DiCostanzo said: “I think divorce rates in the U.S. would skyrocket since marriages are already on the decline enough as it is.” He expressed that he feels the wedding planning industry would definitely benefit from the licenses.

SFC Senior, Jenna Salop said: “Actually I think that’s an interesting idea. The divorce rates are so high that actually might lower it down. So if that came to the US I wouldn’t oppose to it or talk against it because it actually might help people out…sounds like a good idea to me.”

SFC Senior, Elizabeth Belluomo: “I personally think a marriage proposal is unnecessary. If two people love each other, there shouldn’t be a law stating to renew their license. After two years, five years or ten years people can get sick of each other. I believe the first two years in a marriage is still a growing part of the relationship.”

Freshman Mariclaire Nardulli said: “I believe that this proposal is ridiculous, having that law is telling people that marriage is like an experiment. If you don’t like it you can practically return it, no questions asked. The whole idea of marriage is based on the concept that two people can share a life together. Having it come to the US is a bad idea because no one would learn from their mistakes.”

SFC Senior and writer for SFC Today, Marión Altamirano Alanís said: “I believe this is horrible! A marriage is a commitment, and if you are committed to something you work hard on it to make it work in every way possible. If at the end it doesn’t work than you know you tried everything you could but it was just not meant to be. With the two-year license, people who are not commited have it so easy to just leave everything behind when things get tough. I think this is awful.”

There should be an official vote on the two year marriage license proposal by the end of this year, which will include provisions for child custody and separation of property.