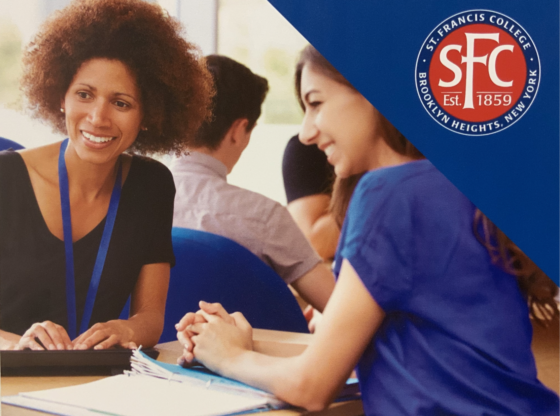 Within the walls of SFC a question often heard echoing through the halls, is “why does it take so long to graduate from SFC ”?

To find the answer we had to move straight to the source most readily available to St. Francis students, The Center for Student Success.

According to the New York Times “The lengthy time to graduate has become so much the status quo that education policy experts now routinely use benchmarks of six years to earn a bachelor’s degree and three years for an associate degree.“ The 6 year expectation is apparently nation wide.

So where does the problem lie? Well there isn’t a simple solution, because the answer is far more complex, and the advisors had some insights.

While chatting with the advisors one fact became abundantly clear; They are your biggest allies, and will work hard for your success, but are the students as passionate?

One of the advisors points out “We’re pretty transparent about degree requirements so far as providing them with the tools so that they can do academic plans, they can look at the catalog, the information’s there.”

However, perhaps the issues goes beyond the surface of the perceived uninterested student.

“if you don’t take the time to seek those things out and take advantage of them because your underserved or underrepresented student or your just not a high achieving student, then it can take a semester two or three to realize that those things are there for you and by that point you’ve already blown thousand, thirty thousand plus dollars.”

While many students may possibly be the first to graduate in their households or come from low income backgrounds where a private education is nearly impossible; it’s imperative students are sure on what they want to achieve in their college career, and future goals.

Advisor one notes “A traditional SFC student coming from a New York City high school.. they didn’t have to think about it, they were handed a schedule, and someone always keeping track of the requirements for them and that translates to their expectation of an academic advisor here, our job is more than that, it’s.. to give them the tools so that they can plan it for themselves”

In other words the advisors can only help as long as you allow them to.

Advisor two spoke on the struggles of motivating students he said “Academic planning is not easy…especially when you’re doing it for your first time. However, we empower our students with documentation, like the program evaluation, that quite literally spell out everything that a student needs, but time in again, students just go ‘I don’t know how to read this thing’ and the question I have for them is, ‘have you really tried?’

Advisor one was adamant “You have to be able to read it. You might not understand what it’s telling you, but you can read it. You’ve never tried because it looks different then the information that’s presented to you on a day to day basis, and because you have an advisor that’s gonna do it for you, but then again, it’s coming out of a students pocket, it should be a an innate responsibility, you should want to. What else are you doing here? You should be caring about what needs to be done in order to get that.”

With the course catalogue and program evaluation readily available, it’s best when students have some ideas of what classes they would like to take ahead of advisement.

Other problem areas seems to come the rolling admission student who registers, while initial being introduced to school, or being hastily admitted before fully realizing what they are getting into and enrolling into a private school.

The impromptu admits can often leave a student feeling unprepared, confused which subsequently leads to dropping out and demotivation.

Advisor one closes our meeting by satiating “students are going to make mistakes early in their experience, whether your a freshmen and this is your first time in college, transfer…you’re still getting to know a new place,..at the end of the day it’s more, what did you take away from the experience , what did you learn? And how are you going to move forward from that?”

Though eager to please and very helpful, the advisors are not personal fairy godmothers who can grant your very wish, the point of the matter is you have to know what you want and go after it. It’s your life the advisors don’t graduate for you, you do.