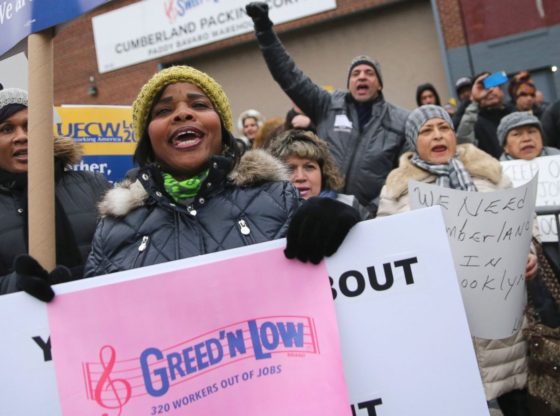 Over 300 people will lose their jobs after the artificial sugar manufacturer Sweet N’ Low announced they will close their Brooklyn factory after 60 years of operation.

The company, owned by Cumberland Manufacturing, is closing the 179,000-square-foot Fort Greene facility in an effort to cut manufacturing costs and modernize their production.

Many manufacturing jobs have moved out of New York in recent years, but because of Cumberland’s strong Brooklyn roots, the company was reluctant to move.

The company’s CEO, Steven Eisenstadt, told ABC News, “As much as we would like the ‘Made in Brooklyn’ aspect to be meaningful, it doesn’t seem to necessarily have the same resonance in other parts of the country as it would around here.”

Throughout the week former employees have been protesting in front of the facility with signs saying “Greed N’ Low” and “Keep Our Jobs in Brooklyn!” and have continued to claim that the company gave them no warning of the facility’s closing.

Union leaders ensure that manufacturing, packaging, and food production jobs will not be lost in Brooklyn and will not have an impact on the local economy.

“We are glad that Cumberland will remain a Brooklyn company,” Anthony Hogrebe, chairman of the New York City Economic Development Corporation told Politico New York, “And the city looks forward to working with management to find quality jobs for the impacted workers.”

The factory’s closing is the most recent step in Brooklyn’s gentrification and transformation from a working-class industrial area to an artisanal borough.