SUPPORT THE TROUPS: SFC THEATRE GROUP STRIVES FOR EVEN MORE 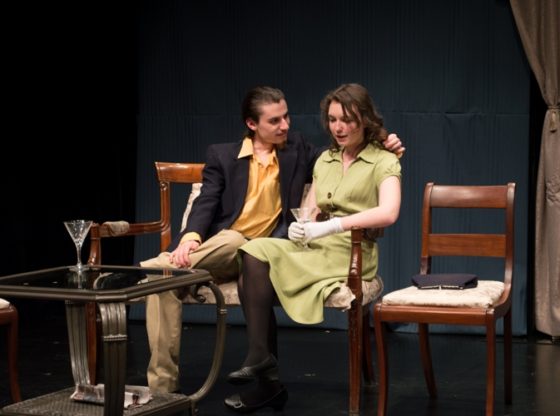 Many students watched the Troupers perform this year, but few know what actually goes on behind the scenes.

“Our main goal is to perform a show once every semester and expose students to life in the theater because it isn’t all about the trailers and close up like on television,” Troupers Co-president Nicholas Barone told SFC Today.

The current faculty director is Communication Arts Professor Antonevia Ocho-Coultes, a former Trouper who tries to make practicing and performing as fun as possible.

The organization — which was founded in 1925 — had been inactive for a while until student Step Morsi revived it in 2007.

During the 2007 – 2008 academic year, about 10 to 15 students participated in their two plays “Sister Mary Ignatius Explains it All” and“An Actor’s Nightmare.”

There are currently about 25 Troupers, but only about 15 of them consistently participate.

“Some people stick around and other go their separate ways,” Barone said. “Its unfortunate but we manage to get the shows running.“

Their most recent production was performed in April — “Don’t Talk To The Actors” by Tom Dudzick.

In March they performed their one act plays, a collection of monologues that the actors wrote, produced and directed by themselves.

Darrin Chung — one of the new members — prepared a monologue from the “Passion of Christ” and junior Charles Caloia put together a reading of a scene from “Sem-
inar” as a tribute to the late Alan Rickman.

“We have a lot of freedom with what we can do and its a good experience on any end for getting a project together since there is a ton of stuff that needs to get done,” Barone said.

Barone and the other leaders of the Troupers are understanding about everyone’s hectic schedules and plan rehearsals accordingly.

“We try to schedule things around the actors and students involved. What we have done in the past is rehearse the main show when no one has class, but that hasn’t stopped us from rehearsing on the weekdays,” Barone said.

Now that the Troupers are finished with their plays for the year, they are brainstorming ways to get noticed more on campus next year.

“Realistically I would like to get the Troupers to put a couple of small scenes together for Terrier Tuesday so we can get some exposure,” Barone told SFC Today.
They are currently collaborating with the English Club and plan to perform a scene together.

This is not the group’s first attempt to spread the word about what they do.

They have a website — sfctroupers.com – which includes information about all of their upcoming and past shows dating back to 2007. They have also reached out to the Alumni Office and Admissions Social Media Coordinator Lauren Mack, who are now promoting them.

Barone would like to take their hard work a couple of steps further. His dream is for the Troupers to eventually put on a musical.

“It could be something super small but that would be nice,” Barone told SFC Today.

Another idea he has is inviting in professionals to discuss theatre and acting with the students.

In addition, Barone would like to hostsome charity events.