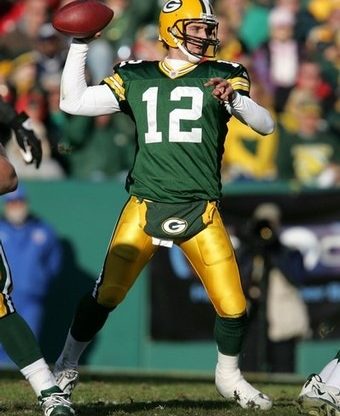 This year, right here at St.Francis College, all students are welcome to come watch the big game in the cafeteria. The party begins at 5:30 p.m. and costs only $3 per person.
The event is being held in memory of Brother George.

The road to the Super Bowl was not easy for either team. The Packers were the sixth seed and had to go on the road for three games and beat the Philadelphia Eagles, the overall number one seed in the NFC Atlanta Falcons and in the NFC Championship game they beat their long time rivals the Chicago Bears in a close, hard fought game 21-14.

The Steelers had a first round bye because they were the number two seed in the AFC. They beat their biggest rival the Baltimore Ravens in the second round then in the AFC Championship they beat the New York Jets, upsetting many Jets fans across the state.

All of this leads to Packers vs. Steelers which has the potential to be a great game.

Whoever wins this game will have to score points on each other’s very tough defenses. Pittsburgh only allowed an average of 62.8 rushing yards per game. Rookie running back playoff sensation James Starks will have a tough time having a good running day.

The Packers will need to pass the ball effectively on the Steelers defense. Green Bay performs well when they run the play-action pass — this will be crucial for them in this game.

Expect long time Packer veteran Donald Driver to have a big game especially if Greg Jennings, the team’s number one receiver, is double covered. Quarterback Aaron Rodgers is playing in his first Super Bowl. The nerves may be an issue early on but as the game progresses he should adapt to the surroundings

In order for the Steelers to win their seventh Super Bowl, they will need to run the ball with Rashard Mendenhall. Green Bay has arguably the best cornerback in the league, Charles Woodson and playoff surprise Tramon Williams who has three interceptions throughout the playoffs.

Quarterback Ben Roethlisberger’s pocket mobility will help as well. Roethlisberger (right) was the center of some off field controversy last summer and was suspended for four games for conduct detrimental to the team. The team has put this behind them and it has led them to the Super Bowl.

The Packers need to stop Roethlisberger from extending the play and running the ball by himself for more yards. This is his third Super Bowl, so unlike Aaron Rodgers nerves won’t be an issue.

Experience issues aside, this will be a memorable game. Can the Packers keep it going? Can the Steelers win their seventh Super Bowl in eight tries?

As of right now the Packers are favored 2.5 points. By the end of the game, both defenses will be tired and it may come down to what team has the ball last. Who will win this game? The nation finds out February 6th on America’s biggest stage.