SUICIDAL TENDENCIES: BACK FROM THE DEAD

Home /Entertainment/SUICIDAL TENDENCIES: BACK FROM THE DEAD 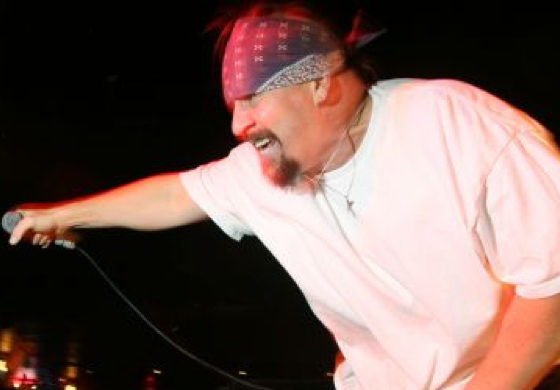 WRITTEN BY WILL MCCORMICK

For the first time in what seemed like ten years, but was actually more like two, Suicidal Tendencies were back on the east coast. On a brisk winter night the legendary band from Venice, California took the stage and blew the crowd away. And was it about time.

Suicidal Tendencies, sometimes referred to as SxTx, were headed by front man Mike Muir for a night that any lover of the punk, metal, hardcore, or even funk genre wouldn’t pass up.

Even though they’ve had a few (okay, many) line-up changes since their formation in 1981, the energy was that of the original band.

Indeed, it was what some may say a strange combination for what was lying ahead. This oddity was followed by the proclaimed Kings of Hardcore, Madball, also hailing from NYC.

Madball gave this extremely age-diverse crowd the energy they needed before seeing the band that made so many “old-timers” come out of hiding.

Around 10 pm, the lights went down followed by a faint guitar solo backed by a clean guitar over the PA system. The audience quickly became restless and as Suicidal Tendencies walked out on stage, every member sans Muir, donning their trademark flipped-brim trucker hat with the word “Suicidal” underneath.

As the PA solo ended the band transitioned into the intro of the power anthem, You Can’t Bring Me Down. Mike Muir made his wild entrance on to the stage while asking the audience, “What the f**k is going on around here?” That one line was followed by a high energy set list of songs dating back to their 1983 debut album all the way up to a brand new track set to be released on a new record sometime in the next year.

A few songs in, Eric Moore, the band’s drummer as of 2008, kicked off a jam session to segway into their 1998 single, We Are Family, not to be confused with the 1979 dance hit by Sister Sledge. They followed through with the hit, Cyco Vision, which could be called the “gateway song” to the band for some, since it was featured in the 1999 video game, “Tony Hawk’s Pro Skater”.

Moore, just past the halfway point of the set, entertained the crowd with what seemed like a well thought out (although it could have very well been improvised) drum solo lasting about 5 minutes and not once did he lose his spark nor did the audience.

Suicidal Tendencies ended the night off with the crowd chanting “S, T!” and closing the night with their signature sign off, Pledge Your Allegiance. The security was then cleared from the front as the audience was invited on stage with the legends as they finished off the night.

Mike Muir, being the only original member nearly 30 years later, certainly found excellent replacements for the rest of the band that has since left. The energy was incredible for a group some might call old men, certainly because of some of the original fan base that is still following the band today. Muir is definitely not ready to put this project to sleep anytime soon.