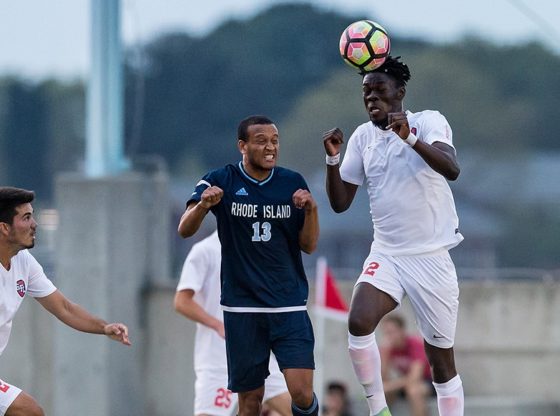 Both teams went the entire first half without scoring. The Terriers made eight attempts to score in the first 45 minutes, but could not manage to get the ball past Blue Devils goalkeeper Nick Velleca.

The Blue Devils failed at three goal attempts in the first half.

The Terriers quickly scored after returning from halftime. In the game’s 52nd minute, Suele scored his first goal of the season with an assist from sophomore midfielder Jules Paillard and senior defender Collyns Laokandi.

This was Paillard’s first assist of the season. This assist as well as a later one gives Laokandi three assists for the season.

After having five unsuccessful shots, sophomore forward Leonard Kirschner then headed the ball into the net in the 81st minute. The header – Kirschner’s second goal this year – was assisted by Laokandi.

Blue Devils freshman midfielder Andres Muriel Albino attempted two goals, but one was shot too high and the other was saved by Terriers junior goalkeeper Roberto Bazzichetto.

Velleca recorded eight saves for the Blue Devils, but Bazzichetto only needed to make two, as the visiting team didn’t make many goal attempts.

Next up for the Terriers is the (2-9-1, 1-1-1 NEC) Bryant Bulldogs. The battle between the two teams will be held in Smithfield, Rhode Island on Sunday, October 30 at 1 pm.