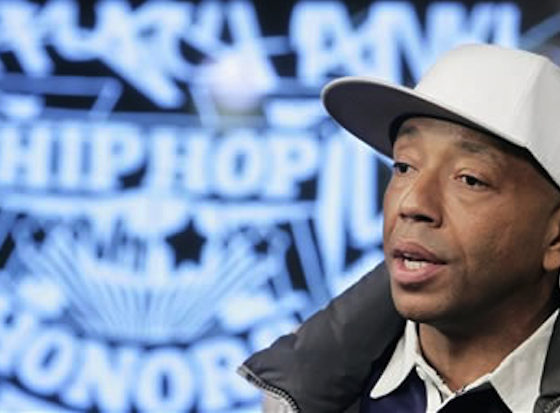 Entrepreneur Russell Simmons came to St. Francis College as a part of the Thomas J. Volpe Lecture Series to talk about his career in the music and fashion industry. He also shared some inspirational words for people who aspire to embark on a similar path as entrepreneurs.

When asked about this thoughts on the event, St. Francis College senior Jason Flatts said: “I found Russell to be relatable, he gave good advice on how to be successful and also taking time out to mediate and be thankful about what you do have, instead of what you don’t have.”

During the interview Simmons was asked how his experiences shaped the person he is today.

In a calm tone, Simmons replied: “All my experiences helped make me who I am … they didn’t define me but they certainly helped me to choose the paths I have chosen.”

While some students (like Flatts) found the Simmons event to be an inspirational one, others disagreed.

One student responded: “I didn’t like it at all! To me, he (Simmons) wasn’t informative … he was repetitive, he went around the question. I felt he was arrogant at times, and he wasn’t aware of his surroundings. The event was a waste of time.”

There were also some students who had mixed feelings about the event.

One student said: “I found Russell Simmons to be rather informative during the speech. However, he had an air of arrogance about him that was a little off putting. I did find the overall event to be informative. I would have preferred that he came prepared with a speech to share as opposed to the Q&A format.”

While Simmons’ personality was a subject for debate, one thing is for sure — that Simmons stays true to his philanthropic roots. The fee that Simmons was given to attend the Thomas J. Volpe Lecture Series was donated to help the survivors of the earthquake disaster in Haiti.

When asked about his thoughts on media coverage of the Haiti disaster, Simmons said: “As artists (especially) and as people who are taste-makers we have to keep it (the Haiti disaster) in front of the American public. The media won’t do it without us.”