STOP-AND-FRISK REFORM AT A STANDSTILL

Home /News/STOP-AND-FRISK REFORM AT A STANDSTILL 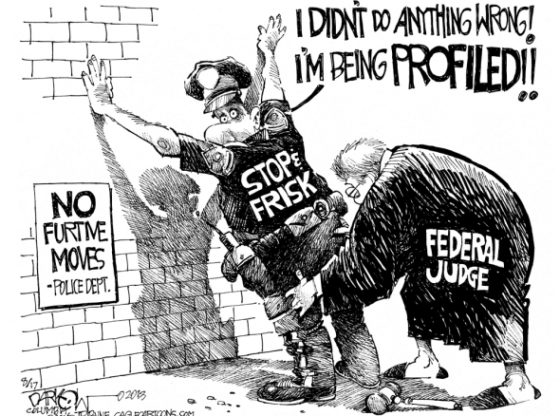 Many NYPD officers are reportedly not following new departmental rules regarding the organization’s controversial stop-and-frisk policy.

According to a federal review of hundreds of street stops made by cops, over one quarter of police officers did not put into writing why they stopped the individual, as is required by the NYPD. In addition, if such an incident resulted in an arrest, the stop was rarely documented, another violation of departmental policy. People stopped by police were not consistently given “tear off” receipts, either. These measures are designed to hold officers accountable for their conduct and any stops of individuals they might make.

And perhaps most troublesome of all, higher ranking police officers do not seem willing or able to put a halt to such violations of policy, as on-duty sergeants usually signed off on aforementioned paperwork, even if it was missing required information.

Such are the findings of Peter L. Zimroth, a federal monitor who examined internal police inquiries that analyzed stop-and-frisk data.

In a 94 page report written for Judge Analisa Torres, who is overseeing the implementation of court-ordered reforms to stop-and-frisk policy, Zimroth stated, “It is apparent from focus group sessions and discussions with individual officers throughout the ranks that many police officers, including supervisors, are not well informed as yet about the changes underway or the reasons for them and, therefore, have yet to internalize them. Many appear not to understand what is expected of them.”

While the number of individuals stopped-and-frisked by the police has greatly decreased—from 685,000 in 2011 to 24,000 in 2015—Zimroth stated that a decline in the number of stops should not necessarily be the goal of stop-and-frisk reform. “The focus should not be on the number of stops per se,” he continued, “but rather on the lawfulness of the stops and whether the encounters are conducted in accordance with the Department’s principles of ‘courtesy, professionalism and respect’.”

Zimroth places the failure of some police officers to put court-ordered reforms into action squarely at the feet of NYPD leaders. “Ultimately, this is a challenge of leadership,” Zimroth wrote. “Supervisors must take a more active role in supervision, oversight, teaching and, when appropriate, discipline.”

Specifically, some of the instructions that cadets receive at the Police Academy were found to be sub-par by Zimroth, with his report stating that “some poor teaching” was observed at the academy, and that teachers needed more training in the areas of history and the law.

Zimroth’s report also claimed that the NYPD’s Civilian Complaint Review Board does not investigate or otherwise act when claims are made of racial profiling, which has been one of the most contentious issues surrounding the stop-and-frisk policy. Many civilians claim that minorities are unfairly targeted by officers conducting unwarranted stops, and that the policy itself was implemented by the NYPD in order to find a filmsy legal reason to harrass young black and latino men.

Though the reforms have been much-needed, disappointed New Yorkers are still hoping to see substantial changes in officers’ behavior when conducting these controversial stops.