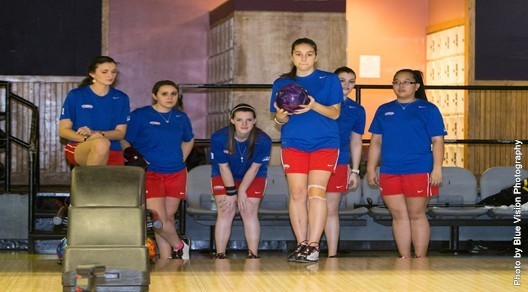 Bowling: The St. Francis Women’s bowling team is enjoying a very nice season thus far as they hold a record of (53-35, 8-8 NEC).

The 2013-2014 season has been a successful one for the Terriers as they are in the midst of a five game winning streak.

They have most recently picked up a three game sweep in their playoff bracket of the Kutztown University Golden Bear Invitational, which was good enough for 13th place. This coming after a slow start to the tournament where the Terriers dropped each of their first four contests.

Another highlight for the Terriers came in the “Fred Underwood” Lady Bulldog Classic, which was hosted by Bowie State University. In this tournament the Terriers finished 12-1 overall, which earned them 2nd place.

They were undefeated until the Championship round of the tournament where they faced Fairleigh Dickinson University. The FDU Knights were able to knock off the Terriers, but overall it was a very impressive showing from St. Francis Brooklyn.

This team is made up of a tight niche of girls, who have great chemistry and have bowled lights out all year long. There are a total of six girls on the roster, and five of the six are underclassmen, which means this is an extremely young squad.

Their play can tell you one thing, and that is age does not matter. Freshmen Meghan Wing, Jamie Kelly, Jennifer Drzewucki, Sophomores Kelly Nicosia, Kaitlynn Nardiello and Senior Shanna Chepelsky are the ladies who have took control of the lanes this season.

The team has been good all year long because they all have been so consistent. They all have similar averages which makes it difficult for their opponents to match up against them. Senior Shanna Chepelsky is their leading scorer with a 185.22 average, right behind her is Freshman Meghan Wing with a 182.90 average.

Freshman Jamie Kelly has put up nice numbers with a 177.49 average, Freshman Jennifer Drzewucki has a 176.55 average, Sophomore Kelly Nicosia with a 173.50 average and Sophmore Kaitlynn Nardiello who has a 170.30 average.

As the season continues and the young talent on this team continues to grow, that will only mean that the Terriers will be getting better. It will be interesting to watch this team down the stretch as they continue to make strives as a team.

The lady Terriers bowling team is back in action on February 7th when they travel to Middeltown, Delaware to participate in the Delware State University Capital Classic.