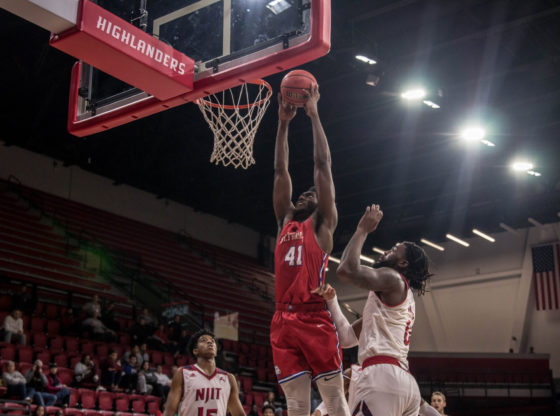 SFC’s men’s basketball was on a roll in winning three consecutive games, but that all changed Saturday afternoon as they suffered a crushing 60-82 defeat against NJIT.

The Terriers just couldn’t find their way at all this game. The Terriers put up a poor shooting night, shooting  a horrid 6-28 from behind the arc.

Jalen Jordan and Chauncey Hawkins, the Terriers’ leading scorers, shot a combined 5 for 27. The Terriers went a combined 21-67, shooting 31.3% overall in the afternoon.

NJIT’s leading scorers for the night, Zach Cooks and Abdul Lewis, both scored 19 points in aiding the NJIT Highlanders over the Terriers for almost the whole contest between the two.

With both teams struggling to buy a basket in the opening minutes of the first quarter, the Highlanders were able to find their groove at the end of the first half, pulling away with a 36-21 lead.

Lewis was unstoppable all throughout his 36 minutes in being on the court. Lewis went 6-15 (shooting 40%) , grabbed 16 rebounds, contributed 5 blocks, and went 7-10 from the line. He was a force to be reckoned with in the first half, as the Terriers just couldn’t find a way to stop him.

Christian Rohler tried to get it going for the Terriers, as he was the teams leading scorer. Rohler scored 16 points off the bench, pulling down 11 boards and going 4-6 from the free throw line. He was the centerpiece in making an effort to try to keep the Terriers alive throughout the game.

NJIT had the lead for most of the night, jumping to a 78-47 lead which was their largest lead for the night.

The Highlanders are 1st in the A-Sun conference as they look to continue  with their two game streak with a win over Fordham on Tuesday night, while The Terriers will look to bounce back at home against UMASS Lowell on Tuesday night.