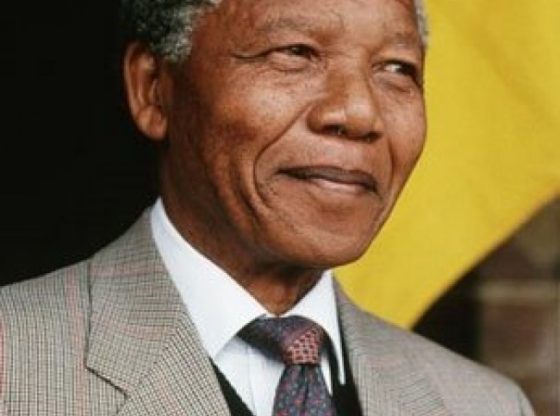 Nelson Mandela, the first black South African president, died on Thursday December 5, 2013 at the age of 95.

“Our nation has lost its greatest son. Our people have lost a father,” announced Jacob Zuma, South Africa’s current president at a news conference.

Mandela had been fighting through health problems for months.

He was no stranger to fighting, as he spent his lifetime fighting the apartheid and those who he believed violated basic human rights.

Mandela was a charismatic 20th century leader who taught the world what it truly means to be an activist.

He fought for his rights and the rights of every oppressed person in the country of South Africa.

In 1993, with South African president at the time, Frederik Willem de Klerk, Mandela was awarded the Nobel Peace Prize for putting an end to apartheid.

One year later, in 1994, he became the first black president of South Africa.

But before becoming a world changer, he was only a young African boy.

Born as Rolihlahla Mandela in Mvezo, South Africa on July 18, 1918 Mandela was a member of the Thembu tribe.

The name Nelson was given to him by a teacher when he was baptized in the United Methodist Church.

When Mandela was nine, his father died and he was adopted by the chief of his tribe.

It was in Johannesburg that Mandela became involved in the anti-apartheid movement and joined the African National Congress (ANC).

In 1961 Mandela became the leader of the ANC’s armed wing.

After 20 years of leading a non-violent campaign against the South African government, he switched to armed struggle.

In 1964 he was sentenced to life imprisonment for plotting to overthrow the government by violence.

On August 5, 1962, Mandela and other ANC members were captured by the police and put in jail in Johannesburg’s Marshall Square prison.

They charged him for inciting workers strikes, leaving the country without permission and plotting to overthrow the government.

On June 12, 1964 Mandela was found guilty of all charges and was sentenced to life imprisonment.

From 1962 to 1982, Mandela spent time in Robben Island where he was housed with other political prisoners.

The conditioners were harsh and he was subjected to laboring in a lime quarry.

While on Robben Island, his longtime friend Oliver Tambo and Mandela’s wife Winnie began an international campaign for his release.

During this time, the call for Mandela’s release and the end of apartheid became popular civil rights causes in Europe and the United States.

In April 1982, Mandela was transferred to Pollsmoor Prison in Cape Town.It is believed his transfer was an act of isolation, so that he could not influence the younger activists at Robben Island.

The final two years of Mandela’s time in jail was spent at Victor Verster Prison.In July 1989, Pieter Willem Botha, the then president of South Africa and leader of the National Party, invited Mandela to a meeting over tea.

Six weeks later, Botha was replaced as president and leader of National Party by Frederik Willem de Klerk.De Klerk believed that the apartheid was unsustainable and released all the jailed members of the ANC, except for Mandela.

In November 1989, with worldwide pressure, de Klerk and his cabinet came together again to debate on if Mandela should be released. In December de Klerk and Mandela met to discuss the situation.

On February 11, 1990, Mandela was released from Victor Verster Prison.After his release, Mandela went on a tour of the world to meet supporters and politicians.

On May 10, 1994, Nelson Mandela was inaugurated into Presidency in Pretoria, South Africa where he became the first black president of the country.

During his presidency, Mandela managed to introduce government grants that included disability grants, old age-pensions, child maintenance grants and he introduced free healthcare to pregnant women and children under six.

By the end of his term in 1999, the Mandela administration could credit themselves for the 1.5 million children who were able to get an education, 2 million people exposed electricity, 3 million people with new access to water and 3 million people finally having adequate housing.

Although he retired from active politics, he continued to be a champion for world peace, diplomacy, civil rights and the fight against AIDS.

In 2010, South Africa successfully hosted the 2010 World Cup, after Mandela has campaigned for South Africa to be the first African country to host one. The closing ceremony was one of Mandela’s last public appearances.

It was reported that Mandela was on life support on June 22, 2013, unresponsive and that the family was discussing whether or not he should be taken off life support. On September 1, 2013 Mandela was released from the hospital, despite the fact that his condition was still unstable.

He was at home surrounded by his family when his condition took another nosedive and he died on December 5, 2013.

Mandela is widely considered to be “the father of the nation” for being the founding father of democracy in South Africa.

He charmed even those who opposed him and one of his biggest concerns was finding the truth in situations.

He was a crusader in global human rights movements and was an inspiration to many. He took a broken country and gave it a hopeful future.

A freedom fighter, a prisoner and a President.

Mandela was a liberator and savior of the people of South Africa and will continue to be an image of freedom to everyone even after his death.