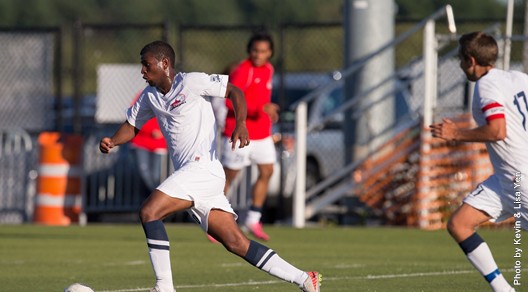 Soccer: After a historic season, Coach Tom Giovatto and Junior forward Kevin Correa are rewarded for their efforts.

Junior forward Correa had an outstanding season for the Terriers with 13 goals and 6 assists. Correa was a great contribution to the Terriers’ success. Correa scored four goals in the NEC Tournament; two were free kicks in the championship match against Bryant. The Flushing, N.Y. native was named Tournament MVP and made the all-tournament team.

St. Francis earned the conference’s automatic bid, after becoming the first fourth see to win the championship since 2007. The Terriers would go on to lose to the Penn State Nittany Lions in the first round of the NCAA tournament.

The Terriers recorded their highest win total (12) under their seventh-year head coach Giovatto. This fall Correa will get a chance to defend his title as Player of the Year in which BigAppleSoccer.com crowned him as.