SO YOU THINK YOU CAN DANCE? JOIN THE TEAM

Home /Sports/SO YOU THINK YOU CAN DANCE? JOIN THE TEAM 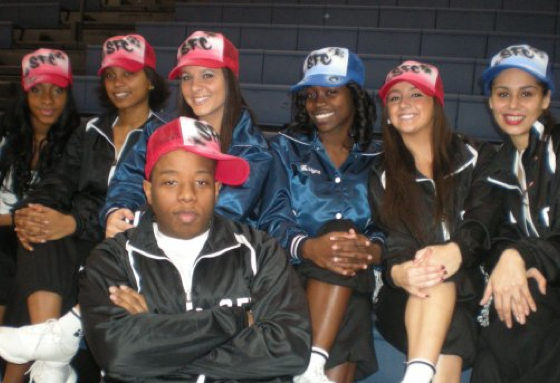 Why watch dancing on T.V. when you can watch a live dance routine at St. Francis? Maybe you could even be a part of the team.

There are many sports teams at St. Francis College but one that really makes an impression is the Dance Team.

The team was started six years ago by dancer and St. Francis student Christina Pioli.

Christina finished up at St. Francis College a few years ago but she still comes back six or seven times a year teach the team dance routines for events,

Tara Nunnari has been on the team for two years. “Even though the schedule can be hectic at times and we tend to get stressed out with school work it is all worth it in the end,” said Tara.

“The adrenaline rush of performing in front of an audience, getting applauded and cheered for makes me feel proud of who I am and makes all of us feel that our long, weekly hours of practice are worth it.”

The team practices two days a week for two and a half hours. It practices on Mondays and Wednesdays from 4-6.30 pm in the school’s dance studio. Tara said: “When times get crazy and the team feels that they are not ready to perform a dance, we usually practice three times a week to clean and tighten our moves.”

The team’s goal is to promote school spirit, entertain the student body, make new friends, and most importantly — to dance! The whole team gets along and has a good time together. Being a part of the team allows people to get to know others with a common interest and have fun in the process.

Try-outs usually take place at the end of September and in the beginning of Spring semester. During try-outs the Captain and Co-captain usually gather girls and guys interested in the team and teach them part of a routine. They do this within two days and on the third day the hopefuls are asked to perform the routine in a group, individually, and then they are interviewed.

The Captain, Co-captain, and the Dance Team’s moderator Ruben Gonzales judge the performers and decide if they are suitable for the team. The only requirements for the team are a good attitude and the ability to perform well — but past dance experience is always a plus.

The team performs at the men’s and women’s basketball home games during half-time and time-outs. They also perform at various other athletic games and at numerous school events throughout the year. The team performs at freshmen orientation, the open house, community day, and the televised basketball game against LIU.

The team has a new Captain, Gessyca Leonard, and a new Co-captain Tara Nunnari. Be sure to support the Dance Team and attend a performance this semester. If you don’t you will be missing out on a terrific show.