Is it okay to snoop through your partner’s phone?

Home /Opinion/Is it okay to snoop through your partner’s phone? 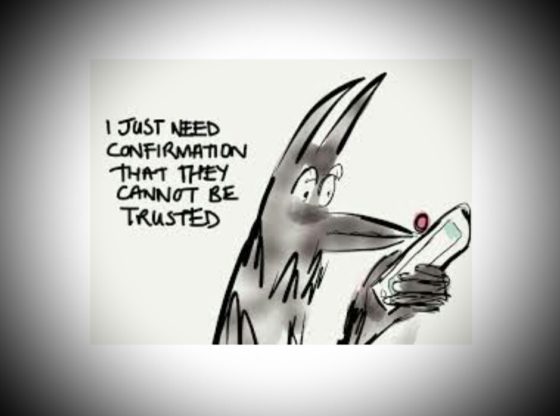 The boundary between what is considered private or not within the digital age is shrinking fast.

Where do we draw the line?

I asked multiple SFC students about this subject and here’s what they had to say:

Others stated, “If you think something is off then just talk about it.”

According to Jenna, “it’s definitely not okay but I would do it if I thought something was going on and had already tried asking about it; it would be a last resort kind of thing.”

Onika and Nick also agreed that they would only snoop if their partner was acting suspicious.

Nick believes that snooping through your partner’s phone is wrong unless they have given you real reasons not to trust them, “[like] them not telling you if they’re talking to other girls/guys or just being sketchy in general.”

In contrast, “…I don’t think it’s ever appropriate to snoop through anybody’s phone, especially your partner’s. I have nothing to hide, but I still wouldn’t want anybody going through my phone unless I give them permission to do so.” said Mike.

After speaking to SFC students, I’d suggest to keep calm and don’t snoop!

If you look for trouble, you’ll find it.

Focus on building more trust if you value the relationship.

Conversely, if you believe the relationship is not worth salvaging, end things and move on.

Time is precious, why waste it on meaningless discussions about which party is acting sketchy, for how long, why, etc.