SLEEP NO MORE: NYPD TO CRACK DOWN ON SLEEPY STRAPHANGERS

Home /News/SLEEP NO MORE: NYPD TO CRACK DOWN ON SLEEPY STRAPHANGERS 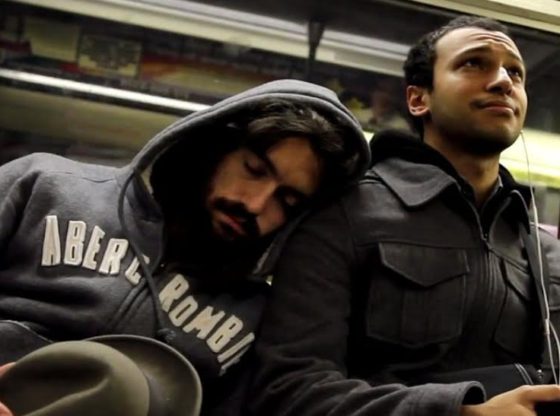 Police Commissioner William Bratton has announced a plan to have cops wake up commuters who nap on trains and arrest them if necessary, in an effort to reduce the crime rate on the New York City subway system.

“A lot of people are tired, they work hard, but our officers are going to be instructed to start waking people up,” Bratton said according to the NY Post.

Crime incidents occurred 6.65 times per day, according to the January statics report. Commissioner Bratton suggested that commuters who sleep make up a percentage of crime victims in the report. In addition, official reported stabbings increased to 1,600 this year compared to 1,400 from the previous year.

“We believe almost 50 percent of the crime in the subway involves sleeping passengers,” Bratton said according to New York’s PIX11. “If you’re sleeping, you might lose your wallet, or your iPhone, you might be the subject of a sexual assault, so why put yourself at risk?”

Bratton’s decision comes in the wake of the subway knife attacks that occurred at the beginning of 2016. At least six incidents occurred, such as a 30-year old man slashed on the No. 3 train on Pennsylvania Ave. in Brooklyn. Police arrested schizophrenic man named Brathwaite suspected for the alleged attack.

“Seriously, by sleeping, you make yourself, as reflected in our crime stats, a very easy victim,” Bratton said according to the Wall Street Journal.

Curtis Silwa — founder of the Guardian Angles patrol group — criticized Bratton for the proposed plan. Due to the recent spike in slashing, volunteer group Guardian Angles have returned to patrol the subways to keep commuters safe.

“You don’t do this with the homeless people as they lay parallel, sleeping on the subway,” he said according to the New York Daily News.

Mayor Bill de Blasio was quick to defend Bratton in a radio interview with Hot 97.

“We’re definitely seeing those kinds of thefts on the subway,” the mayor said. “That happens a lot of the time because people fall asleep and leave their stuff unattended. Be careful about that.”

Yet some subway riders were not happy to hear about the idea.

“I understand that they are trying to keep people safe, but I don’t think it is necessary to wake people,” said Nursing major Enobong Umondak.”
“I ride the train all the time. Most commuters are tired and you don’t know how they are going to act if an officer wakes them. There should be more police surveillance in the subways instead.”

The MTA Rules of Conduct section 1050.7 states that “sleep or doze where such activity may be hazardous to such person or to others or may interfere with the operation of the Authority’s transit system or the comfort of its passengers.