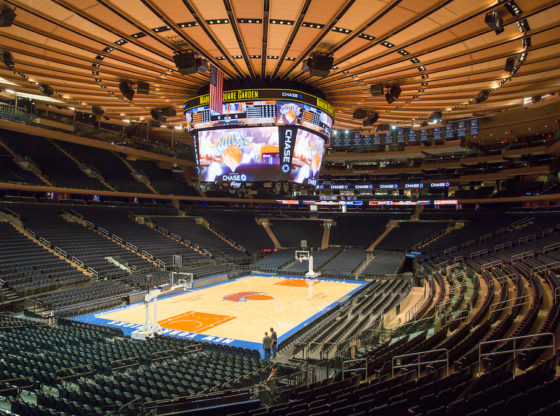 The St. Francis College Terriers will be returning to the “World’s Most Famous Arena”, Madison Square Garden for the first time since 2012. The Terriers will host Northeast Conference counterpart Central Connecticut State University, on January 21 at 9:30 pm.

Both teams came in at the top of the NEC preseason coach’s polls. The Terriers were picked to finish first and the Blue Devils were selected to finish second.

These teams will get to put their talents on full display from the mecca of basketball. The game will be apart of a doubleheader, which also features St. Johns University taking on Marquette University, earlier in the evening.

This game will mark the first meeting between the teams, since the controversial first round game of the 2014 NEC Tournament. Over the course of the 2013-2014 regular season each team won one game respectively against each other.

In the first round of the postseason the teams faced-off in a classic. The game featured an epic comeback by the Blue Devils who went on to win 72-71 on a game winning three-pointer by guard Rashad Whack.

Controversy surrounded this game as the referees clearly missed the fact that the Blue Devils had six men on the court during a pivotal play in the closing seconds. The costly no-call led to the Blue Devils eventually pulling off the remarkable comeback. It is unknown whether the Terriers would have actually won, but the referees missed a call that might have cost them the game.

With both teams being ranked as number one and two respectively in the conference that has to add some fuel to the fire in this rivalry. The stage has been set and the teams will meet where the lights shine the brightest Madison Square Garden.