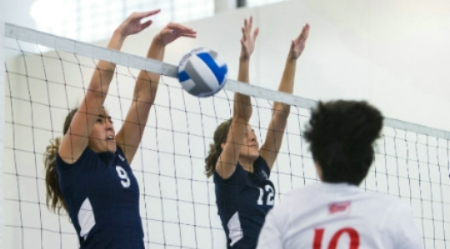 The St. Francis women’s volleyball team suffered their 17th consecutive loss of the season this afternoon against LIU Brooklyn.

LIU Brooklyn defeated the Terriers in all three sets, 25-16, 25-17, and 25-10 respectively. It was evident the Blackbirds dominated all throughout today’s matchup as the Terriers once again could not find their groove.

It has been a rough ride for the St. Francis Terriers and this afternoon’s contest seemed to like déjà vu as the LIU Blackbirds swept SFC.

The Terriers dropped (2-22) overall and are (0-8) in the Northeast Conference this season. The Blackbirds on the other hand are (17-5) overall and (8-0) in conference play.

Although they seemed to be neck and neck in the second set, tying the score eight times, LIU took the lead at 18-16 and never looked back.

The Blackbirds gathered 37 kills throughout all three sets, 16, 11, and 10 respectively. Senior Annika Foit put up the most kills with 10 and junior Adriana Vinas Joy had the games high of 14 digs.

Today’s matchup concluded as predicted but the Terriers will try to miraculously earn a victory, as they so eagerly want to when they play at home October 29 against Fairleigh Dickinson University, who currently has a (4-18) record and (2-6) in NEC.