SFC WOMEN’S VOLLEYBALL HAS AN ALL GIRLS COACHING STAFF 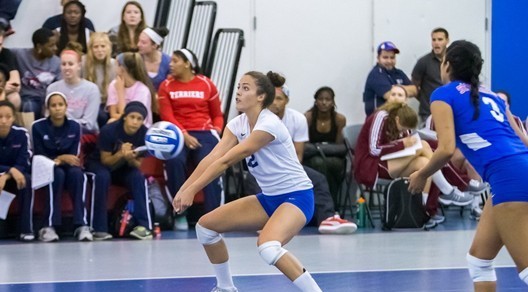 St. Francis Brooklyn women’s volleyball team has an entirely new panel of coach’s this season and women hold all positions. Can this be what the girls need to turn their losing streak around?

Before coming to SFC, Rummel was the first assistant coach for the Rider University Bronco’s where she was in charge of practice drills and assisted in recruiting. She was also a volunteer assistant at Princeton University in 2013 where she prepared opponent scouting reports, helped recruit players, ran drills, and supervised offseason training for student athletes.

Rummel attended Scottsdale Community College in her native state of Arizona and Holy Names University in California. She is a broadly experienced volleyball player having played throughout college and professional beach volleyball for Team New England in the Premier Volleyball League.

Upon graduating, Rummel coached and helped improve quite a few volleyball teams. In fact, the McClintock High School Varsity program of Arizona went from a 4-21 record to 11-11 and won second place at the McClintock Invitational in 2007. In 2008 they improved their record to 14-10, making it their first winning season in over a decade. This is exactly what the SFC women’s volleyball squad is hoping Rummel can do for them along with the help of assistant coaches McGoldrick-Raico and Murray.

McGoldrick-Raico is a SFC alumni and former volleyball player. She was the starting setter her freshman year and assisted her team to 20 wins with just 7 losses that season and became captain of her team her senior year.