SFC SINGER IS JONESING FOR FORTUNE ON THE X FACTOR 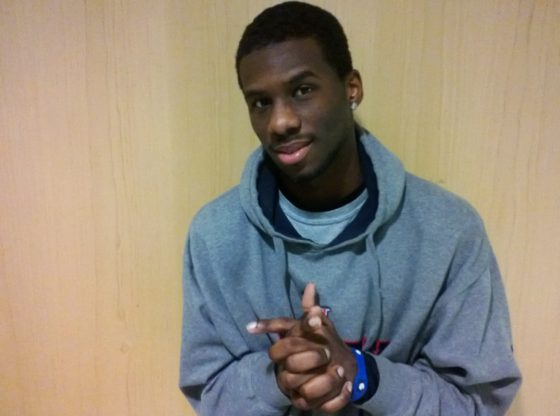 Jones, a 22-year-old transfer student, is on the way to musical superstardom. The R&B crooner began his career singing in the church choir.

“My family is music oriented,” said Jones. “I grew up around music.”

Jones who is a New York native relocated to Virginia and majored in business at the University of Virginia. After graduating with an associate’s degree, Jones returned to the Big Apple to attend St. Francis College as a communications major.

Jones is pursuing his dreams in a big way. He had his first taste of the business as a backup singer for the group J. Cole. After a performance, producers from “American Idol” noticed Jones and asked him to audition. Jones made it to the second round of the musical reality show. After that, he caught the buzz. Last year, his brother encouraged him to try out for “The Voice.” Jones was so excited by the prospect he rode the Greyhound bus from Virginia to Jacob Javits Center in New York City for the opportunity.

Although Jones did not make it onto the show, the chance strengthened him to sing his way to “The X Factor.” Television’s newest reality show will allow Jones to audition in April.

The singer’s greatest influences are Usher, Luke James, Babyface and Musiqsoulchild. Throughout his career, Jones has honed his talent with artists such as Case, Adina Howard, H-Town and Sunshine Anderson.

Jones mentioned his inspiration for trying out for “The X Factor” was a previous contestant.

The singer wants to serenade the world and everyone in it.

“I don’t know where I want my music to go, but I know I want it to go somewhere,” said Jones. From the looks of things this new talent will be taking his music to the stars.