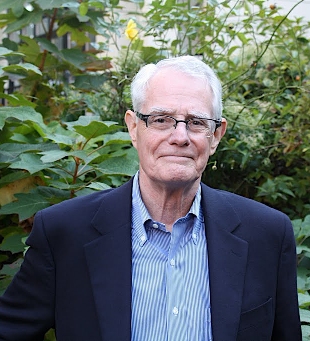 Former SFC professor Dr. Richard Berleth, who helped design the advertising and public relations path of the Communication Arts department, passed away over the weekend. He was 73 years old.

His long career in communications began when he graduated with a B.A in English and Philosophy from Colgate University, and a M.A and Ph.D in English from Rutgers University.

Berleth worked extensively in print media, advertising and marketing companies, and held marketing management positions at Time Inc., McGraw-Hill, Simon & Schuster, and Dun & Bradstreet. His specialty was direct response selling and at one point had his own small advertising firm.

After 19 years in the business world he began his career at SFC in 1986, where he would go on to teach and inspire students with his real world advice and passion for the field.

Dr. Berleth retired from SFC in 2012 after 26 years of teaching.

In a 2012 interview with Claudia Oddo from SFC Today, Berleth said, “My claim [in] teaching advertising and PR is actually having [worked] in this field.”

He told Oddo when asked about the student body that he “always found them to be a pleasure…and liked the fact that these SFC students are hard-nose realists…I’ve [enjoyed] teaching this close to reality and about the real issues of jobs and life as I could possibly get…and this was a good place to do that.”

Likewise this was what his colleagues and students thought of him as well.

Communications professor Mark Mcsherry said, “He was a very popular and interesting guy — he wrote and sold many books and worked in advertising and publishing — an amazing career.”

Berleth was a noted author of two best-selling books, The Twilight Lords, Samuel’s Choice and completed the nonfiction book, The Bloody Mohawk: The French and Indian War & American Revolution on New York’s Frontier.

Berleth said that during retirement he was going to continue doing work for the New York Historical Society and continue serving the Board of Education.

“And of course I simply want to do a lot of fly fishing,” he told Oddo.

Berleth left SFC with these words of advice:
“My best advice is don’t stop learning…don’t walk away from everything you’ve learned because you’re suddenly in the so-called real world. You’ve got to continue to learn everyday of your life from here on out.”

You’ve got to start to pay attention to how the world works, what’s going on in it… to move beyond a cursory glance at the evening news and start to take issues seriously… because [you] are going to be immersed in these issues as they follow a career path in the years to come and SFC provides the tools and understanding to be able to continue educating yourself.”

Dr. Berleth will be deeply missed by all of those who were lucky to know him.