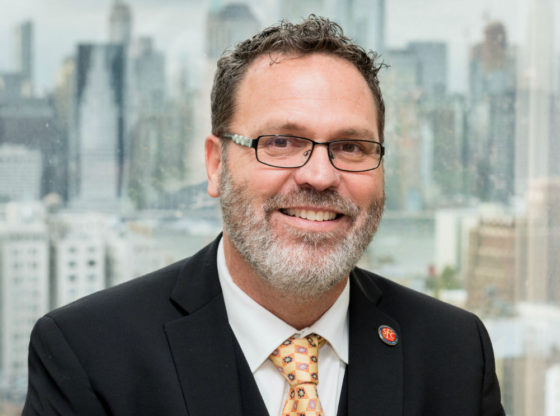 Miguel Martinez-Saenz, our new college president, gave an interview to sfctoday.com and spoke of his high expectations for St. Francis College.

He is looking to raise the bar for other institutions to follow in areas such as athletics, community involvement, diversity and academics.

President Martinez-Saenz has a very notable background which includes a PhD in Philosophy and 17 years of academic experience at other prestigious universities.

SFC admits more than 10% of international students, and it’s no surprise that President Martinez-Saenz plans to internationalize St. Francis College even more in the following years.

The President said he is determined to “make this a learning environment that represents the real world.”

He would love to integrate the curriculum of St. Francis College with other international institutions so that students have more opportunities to travel and learn in other parts of the world — just as people come to New York City to learn.

President Martinez-Saenz is also interested in increasing communication and integration between the college and the community.

Students may not be aware of the different organizations that use the campus on a daily basis and he believes both parties can be more involved.

In addition to his plans for internationalizing and engaging the community in the college, President Martinez-Saenz also is searching for ways to help younger students choose a major effectively and find a field of work that will continually interest them.

He is planning to expand internship and job shadowing opportunities with nearby businesses.

This would allow students to have first hand experience in the field while also getting to know the work environment.

This plan would assist students in finding a niche in their work earlier and in gaining knowledge in their preferred fields of study.

The President said: “We cannot wait until their junior year because then it becomes too late.”

On the SFC Athletics Department, President Martinez-Saenz said: “The relationships that they establish and form in that space is not happening across sports in the ways they facilitate it here.”

He is confident that our Athletics Department and academic programs set the bar for other schools.

“Why shouldn’t we be the ones to set the bar?” he said.

In addition to these plans, President Martinez-Saenz has already held an essay contest where four freshmen in the fall of 2018 will be receiving full scholarships to SFC.

He has frozen tuition for the 2018-2019 school year and has been involved in helping the Athletics Department raise money for improvements to be made in the future.

A Look Back at the Men’s Basketball 2017-2018 Season
Dandy Stanley: Remembering Director Stanley Kubrick at 90