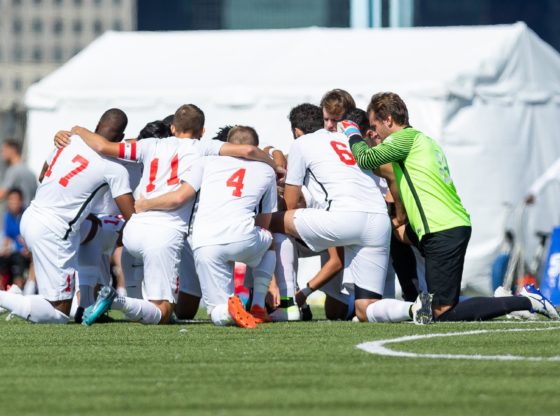 In their third conference matchup, the St. Francis College (SFC) Men’s Soccer team fell to Robert Morris University (RMU) on the road in a score of 1-0. This was the Terrier’s second straight loss in conference play.

Senior Foward on RMU, Zac Sherman, scored the only goal 57 minutes into the game.

The Terriers struggled in the first half of the game totaling 15 fouls and 2 yellow cards. The second half proved stronger for SFC as they outshot RMU 8-4.

With this loss, the Terriers now have an overall record of 4-8 and a 1-2 record in the Northeast Conference. The Terriers hope to bounce back as they face Bryant University next Sunday October 14th at 1:00 PM at the Bull Dog Stadium.