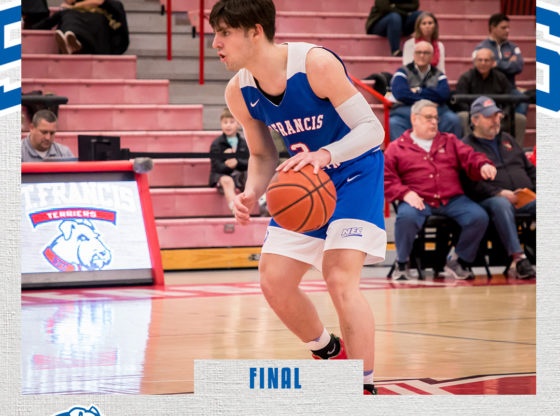 Considering the defeat of Wagner against LIU earlier in the evening, Terriers managed to qualify for the NEC Playoffs.

This is the third season in a row that St. Francis Men’s Basketball Team gets to qualify for the playoffs, and it is also the ninth time under coach Glenn Braica.

In the second half of the game, Terriers tried to get back into the game registering 32 points and concluding the match with a total field goal percentage of 35.2%.

However, Sacred Heart maintained its advantage, scoring 36 points with a total field goal percentage of 41.0% and eventually winning the game.

For the Terriers, top scorers were Chauncey Hawkins (with 16 points and 4 assists in 40 minutes), Deniz Celen (with 15 points and six rebounds in 38 minutes), and Rob Higgins (with 9 points and one assist in 33 minutes).

Terriers will conclude their regular season on Saturday, at 1 pm, as they take on the Central Connecticut State University in New Britain, CT.