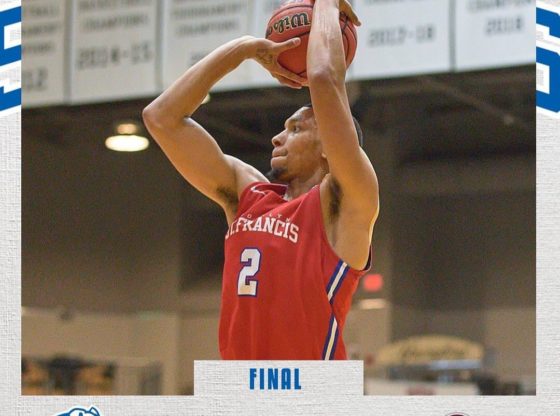 At the game’s first media timeout Terriers led 6-3 with the contribution of graduate guard Unique McLean (top scorer for St. Francis at the end of the game)

However, Little Rock responded with a comeback and, at the end of the first half of play, led the game 36-27.

The second half ended up in a breathtaking head-to-head, with Little Rock that eventually came out on top by the narrow margin of 31-29.

Unique McLean led the Terriers with a total of 13 points (season-high for him) on 5-of-10 shooting, recording another team-high with seven rebounds in 31 minutes of play.

Freshman guard Rob Higgins marked a total 12 points on 4-of-8 shooting coming off the bench, converting 2-of-5 from three-point range. It was the fourth time in St. Francis’ last four games that Higgins recorded a score in double-digits.

St. Francis Men’s Basketball team is back in action on Saturday, November 30, to face St. Peter’s Peacocks at 1 pm in Jersey City, NJ.