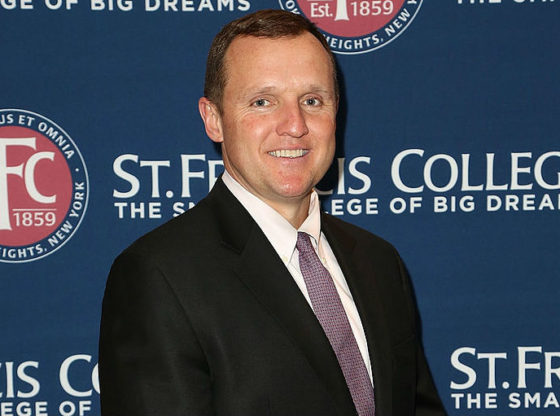 At the lecture, Daly will educate students and faculty on what one of the global energy companies is doing to address the current energy challenge and suggest how everyone can work together to make the world more sustainable.

“We are seeing more changes to the energy mix now than at any point in the past century,” Daly said. “The time to address climate change is now.”

Daly earned his English degree from SFC before receiving his MBA in finance from St. John’s University and an MS in Human Resource Management from NYU.

His 28-year career with the energy provider has included a two-year stint in London as a Group Financial Controller after spending time in the Finance, Human Resources and Customer Relations departments.

He is also involved with civic organizations and is the executive sponsor for the company’s employee volunteer program “Power to Serve.”

Daly stays dedicated to his alma mater — helping SFC students get internships and scholarships, sitting on the Board of Trustees and previously working as an adjunct professor for 20 years.

DO YOU REALLY WANT TO CHANGE YOUR MAJOR?
LATIN AND PROUD: CONGRESSWOMAN NYDIA VELÁZQUEZ STRIVES TO GIVE A VOICE TO THE UNDERREPRESENTED