SFC CRACKS DOWN ON DRUGS IN DORMS

Home /News/SFC CRACKS DOWN ON DRUGS IN DORMS 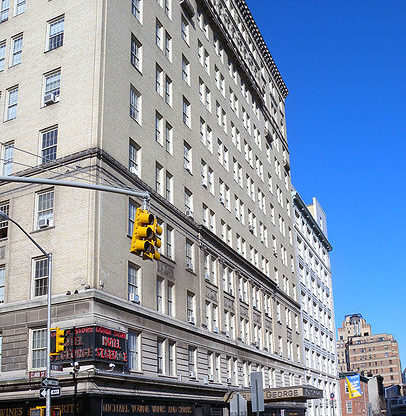 Resident advisors at the St. Francis College dormitory in Brooklyn Heights have warned students there that SFC will not tolerate drug use in the halls, following reports that marijuana is being smoked in the St. George Hotel dormitory building that St. Francis shares with other colleges.

Recently, resident advisors held a mandatory meeting at the dormitory and told students that SFC has a zero tolerance policy towards drugs.

SFC resident director Jamaal Womack said, “I felt a need to seriously talk to the students about being involved in drugs … marijuana being the main source.

“People think that if they get caught smoking marijuana that because it is legal in places like Colorado then it is OK in NYC. It is still illegal in NYC and it is against the law.”

In an interview, Womack continued, “When you’re 18 or 19 years old you think you’re invincible. The biggest problem in the dorms is that it is five schools and it is tough to narrow down who is responsible for bringing these things into the building.

Womack then said, ” … so I just wanted to tell people in that meeting that I was going to start playing detective and I wasn’t going to leave it in the hands of the RA’s anymore or EHS (Educational Housing Services, the company that runs the dorms) anymore. I’m taking it as a personal job to make sure we stop the marijuana usage whether it be our students or any students in EHS.”

SFC is a dry campus and has a zero tolerance towards drugs and alcohol even if a student is 21. Students who dorm with SFC waive their rights to drink in the EHS building.

Students caught smoking marijuana will lose guest privileges in the building and have to work with counselors. Parents are also notified and offenders have to meet with the Dean of Students.

The smell of marijuana alone isn’t enough to punish a student. “Some students have admitted to it and we hope that students admit to their wrong-doings and try and move on,” said Womack.

“EHS is doing a great job of having all the RA’s from all the schools work together and try and identify the sources of the issues.

“Having everyone on the same page now and working together will help us figure out who are the culprits and who are the usual suspects.

“I can go on record and say that out of 156 students in the building living there we only have six or seven students involved in any type of incident involving alcohol or illegal substances.”

VIACOM MOTIVATES WOMEN
DON’T LET MIDTERM BLUES GET YOU DOWN