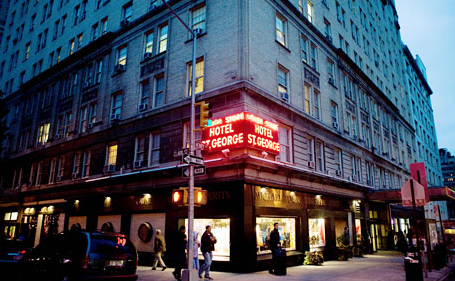 Currently, students of St. Francis College share the dorms at the former St. George Hotel on Clark and Henry Streets with students from other colleges.

The building is one of several run by Educational Housing Services in New York city.

SFC Today understands that St. Francis College is currently looking at two new buildings in downtown Brooklyn as possible new locations to house its students in the upcoming years.

No decision has been made by SFC.

It is understood SFC has one year left on its contract for St. George Towers.

SFC Today will share any official confirmation if such a move is confirmed.