SFC CLEARS THE WAY FOR SMOKERS 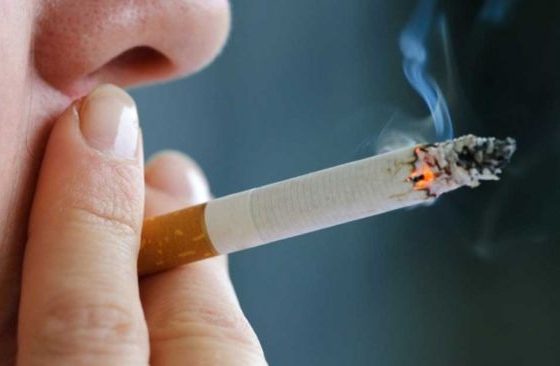 The event – which was held in the cafeteria from 10 am to 4 pm – offered advice and information on quitting, nicotine patches and gum, free breakfast and lunch and karaoke.

Representatives from CVS Health, Nicotine Anonymous and other organizations set up tables and welcomed questions from students.

The event was based on Franciscan values, combining empathy, enthusiasm and love to help those who are addicted to tobacco, Brother Gregory Cellini said.

“The whole thrust of this was the Franciscan heart,” Cellini told SFC Today. “We love our smokers.”

Former smokers from Nicotine Anonymous encouraged smokers to attend their meetings, where current and former nicotine addicts get together and prove that recovery is possible.

“It can be done. Don’t give up,” said Nicotine Anonymous representative Ronald, who would not give his last name. “It will take several tries, maybe a dozen, but that’s okay.”

Giving up nicotine makes it easier to breath and allows you to enjoy life, another representative said.

The Smokeout gave students awareness and informed them on how they can get themselves on a path to better health, CVS Health representatives said.

Youths often develop the habit because of its social aspect, but don’t realize how much it is harming them, CVS Health Learning Center Manager Lisa Dowd said.

“When you’re young, the social part of it comes along with some bad habits,” Dowd told SFC Today.

Young smokers lack long-term thinking and because of that they wind up harming themselves at such a young age, CVS Health Learning Center Coordinator Joana Lisboa said.

“They don’t realize the ramifications of their health,” Lisboa said.

Cellini thought there was a good student turnout, but there were less guets than last year. He believes this is because many are already moving away from cigarettes by using vaporizers and e-cigarettes.

TERRIERS FALL SHORT AGAINST THE BILLIKENS
THE KIDS WON’T VOTE