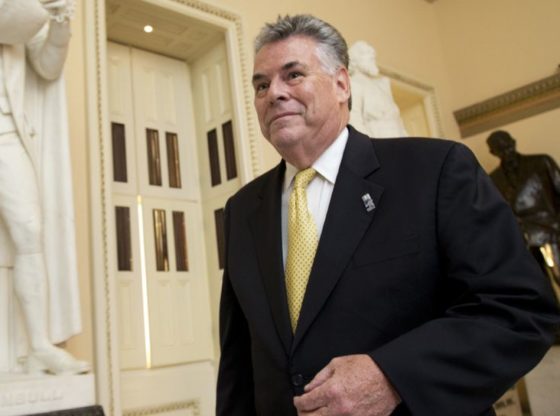 SFC alumni, Peter King is the first Republican to sign on the assault weapons ban after the two mass shootings in El Paso, Texas, and Dayton, Ohio.

Despite, Democratic leaders being reluctant to advance on the assault weapon ban, Peter King was the first Republican and representative for Long Island, New York.

“They are weapons of mass slaughter. I don’t see any need for them in everyday society.” King said.

In February, the Assault Weapons Ban of 2019 was rolled out by Rep. David Cicilline with 190 other Democrats supporting it. However, after the mass shootings in El Paso, Texas, and Dayton, Ohio, 11 lawmakers signed on. King has been the most recent one to agree.

“I think the assault weapons ban is timely now, especially in view of the shooting in El Paso and Dayton,” King said.

According to the Daily News, King has been the lead sponsor of a bill improving background checks when Republicans controlled the House.

Democratic leaders as of now are focusing on background check legislation. Sources told the Daily News that the leaders think they can best pressure on Senate Majority Leader Mitch McConnell (R-Ky.) on background checks because public support for them hovers around 90% and better.

Overall, King’s influence can make a powerful impact on Republicans to sign for the assault weapons ban.

“It might give cover to some other Republicans, it might give some incentive to Democrats,” King said of his move.

Right now, King’s signature has been supported by vice president of the Congressional Progressive Caucus, Cicilline.

“These weapons belong on the battlefield, not in our homes, schools, houses of worship or workplaces,” he said. “I’m pleased that Congressman King has joined the effort. I sincerely hope that more of my Republicans colleagues will put their service to our country and the safety of their constituents ahead of their need to raise campaign money from the gun lobby.”

We shall see if any other Republican’s will also be onboard.