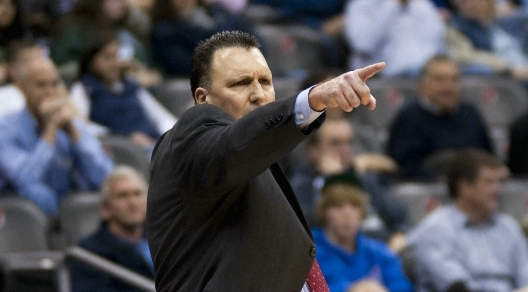 We can all breathe a sigh of relief as the Terriers have qualified and earned a spot to compete in the NEC Tournament, but the season is far from over and there is no time to relax or be complacent.

A win tonight would give the Terriers a chance to unlock 3rd seed position, currently occupied by Bryant U, only if Bryant suffers a loss to LIU Brooklyn which would conclude their season losing three straight at 4:30pm today along with a loss by Mount St. Mary’s University to Saint Francis University, a contest taking place at 2:30 pm this afternoon.

If the Terriers, Bryant and The Mount all achieve wins today, the Terriers will secure the 5th seed.

The Terriers cannot rely on the standings or the performance of other teams and have to take care of business to decide their own fate although they have put themselves in this position.

In their last meeting, the Terriers fell 2 points shy of a victory against FDU, 86-85, a game where Junior Forward Jalen Cannon became the 29th player in Terriers Basketball history to join the Men’s Basketball 1,000 points club.

The Terriers over the past five seasons are 6-3 against FDU.

This evening, the Terriers need to improve that overall record to 7-3.