Season officially ends for the Terriers 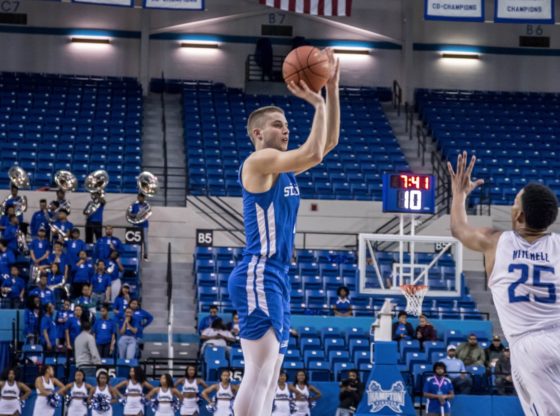 Well… just when everyone thought this team would get another run after their regular season, things would be different after tonight.

The St. Francis Terriers (17-16) suffered a 72-81 first round loss in the CIT to the Hampton Pirates (16-16) on Thursday night at Hampton University Convocation Center.

Pirates forward Trevond Barnes had a field day against the Terriers, scoring his career high 22 points on 6 of 8 shooting while making both of his 3 point attempts.

Lysander Bacey would also chip in with 17 points off the bench on 4-8 shooting.

Terriers guard Stevan Krtinic had one of his better games in his season finale scoring 19 points on 7 of 9 shooting from the field while also shooting 5-6 from beyond the arc. Rozel Hurley would add in 18 points and Deniz Celen would score 11 points.

Terriers Jalen Jordan, leading scorer in 3 point percentage and attempts made would only put up 7 points in going 1-2 from beyond the arc while going 2-5 from the field. Glenn Sanabria, the Terriers’ center piece in serving as floor general for the offense, was missing in action in coming up short with just 5 points on 2-11 shooting.

Better Luck to these Terriers for next season.