SEASON 2 OF THE PHIL TAITT SHOW HAS BEGUN

Home /Entertainment/SEASON 2 OF THE PHIL TAITT SHOW HAS BEGUN 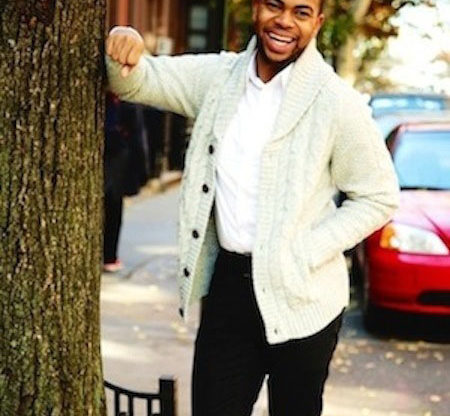 The long awaited second season of The Phil Taitt Show is here.

Host Phil Taitt is a St. Francis college upperclassman that is steadily making headway with his web based talk show.

The first episode of the new season features Taitt interviewing comedian, WBLS, Video Music Box host, Ray Dejon, who has been a permanent fixture in the entertainment industry since the 90’s.

In his interview with Taitt, Dejon says that Video Music Box was “the most talked about, watched show in comparison to other TV shows on television in the tri-state area.” Dejon goes on to tell the story of how he came to be featured on the show’s Tasty Tuesdays, and concludes that perseverance goes a long way.

Taitt’s interview style shows are a subtle confidence and genuine thrill of the topic at hand. Taitt emphasizes the fact that Video Music Box was the first show on television that highlighted urban music and brought it to the main stream, asking Dejon if he knew how big of an impact he was making at the time. Dejon stated, “I knew that I was making a contribution, but I didn’t know the magnitude of what was happening.”

Taitt, along with producer, Kareem Cooper came up with the idea of a motivational show, which sheds light on individuals from all walks of life who have had struggles and are relatable but still managed to make it to the top. Taitt with his self-proclaimed “witty and entertaining, but serious” interview style is already well on his way to the top.

The episodes are posted twice a month to the show’s YouTube page entitled The Phil Taitt Show. The next episode will debut later this month featuring The City Gym Boys as guests.