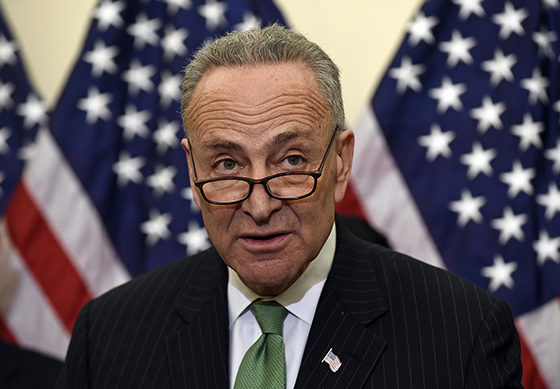 The New York senior senator is working on the RED Act with Senator Elizabeth Warren and others that will aim to decrease the financial burden on college students and recent graduates with one of their three proposals.

College is necessary, but is priced so high that it’s causing middle-class families to sink into debt, Schumer said in a conference call with college newspapers Thursday.

“With tuition costs continuing to rise, middle-class families and their children are forced to take on significant debts in order to obtain a college diploma,” Schumer said during the call.

Under one of Schumer’s proposals, a partnership would be created between states and the federal government that would waive tuition for qualifying students, but the senator has not yet given a clear definition of a “qualifying student.” The government would provide $3 for every $1 the states put towards waiving tuition.

“It is holding back their ability to achieve the American Dream and is a significant drag on our economy,” Schumer said.

Another proposal would allow students to refinance their loans as the interest rates change from one academic year to another.

Schumer’s final proposal would raise Pell Grants in accordance with inflation as tuition is expected to surge even more in the coming years.

Tuition has been increasing so much in America that college debt has doubled since 2007 and has passed the $1 trillion mark, according to the Wall Street Journal.

Full-time tuition at St. Francis College – which used to be known as one of the most affordable colleges in New York City — has jumped from $18,500 to $22,700 since Fall 2012. The average college student in New York state graduates with about $27,000 of debt, according to Schumer‘s office.

Schumer has not yet verified whether or not taxpayers would suffer as a result of this legislation.